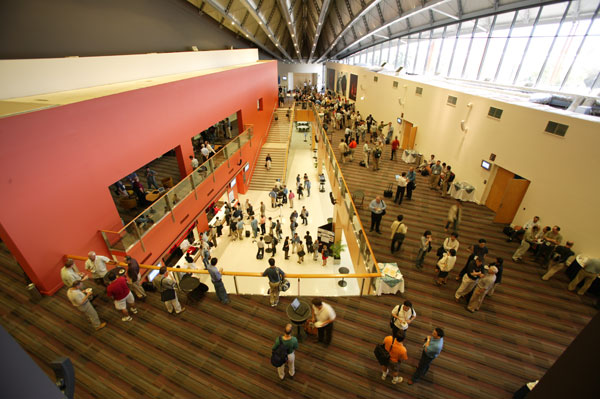 The management of the Cairns Convention Centre has reported that the venue enjoyed its most successful ever best year, pouring nearly $2 million a week into the economy of Far North Queensland.

Steele told the Cairns Post “2014 really was a standout year and contained many memorable moments for our team who were constantly praised and acknowledged as international leaders in the meetings industry.

"The centre was in the spotlight all year starting in May when it hosted what has been billed as the best ATE (Australian Tourism Exchange) in its 35-year history.

“The event showcased Cairns’ outstanding business events infrastructure and highlighted the region’s ability to work together.

“Many important national and international conferences were hosted at the centre during 2014, some of which included World Buiatrics Congress, Congress of the International Union for the Study of Social Insects, 16th International Symposium on Fish Nutrition and Feeding and the Association of Financial Advisers Conference.

“September saw the eyes of the financial world firmly focused on Cairns as the G20 Finance Ministers and Central Bank Governors Meeting brought 1,500 delegates and 300 media, to the convention centre.”

Steele said Federal Treasurer Joe Hockey acknowledged the professionalism of the centre and the city.

Minister Hockey stated “Cairns was a standout host city, delivering world-class service in a World Heritage environment with a friendly and engaged community.”

Steele said another highlights was winning the AIPC APEX Award for World’s Best Congress Centre, one of only two cities in the world to receive the award twice (the other being Vancouver).

“The Cairns Convention Centre is an important component of regional tourism industry that is going from strength to strength and is worthy of further investment.”