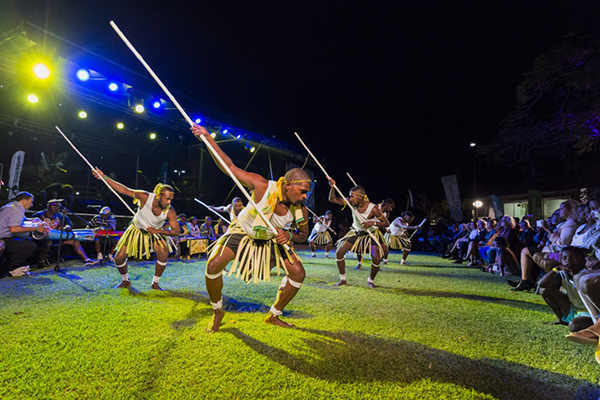 Through its continuing investment in arts and culture in the Cairns region, the Queensland Government is helping to showcase local artists and foster local arts and cultural activities.

On the eve of the opening of Cairns Indigenous Arts Fair (CIAF), Queensland Minister for the Arts Leeanne Enoch noted that more than $28 million in funding had been provided to Cairns arts and cultural projects and programs since 2015.

Minister Enoch stated “one of our biggest investments has been $15 million towards the Cairns Performing Arts Centre, which opened last year and includes a 940-seat theatre and versatile 400-seat studio.

“This new venue was a valuable addition for Cairns and opened up opportunities for the region to host bigger shows.

“We have also invested more than $5 million for the refurbishment of the Centre of Contemporary Arts in Cairns, which will strengthen the local arts sector and help expand cultural tourism in the region while also opening up new performance and creative opportunities for First Nations artists.”

Member for Cairns Michael Healy said on top of the more than $20 million provided for infrastructure in the arts and culture sector, more than $7 million had been provided to Cairns arts organisations, groups and individuals since 2015, noting "this includes more than $2 million for Cairns groups under the Organisations Fund, which provides multi-year funding for small to medium organisations, such as JUTE Theatre Company and Umi Arts in Cairns, to deliver arts and cultural activities.

“More than $3 million specifically for Cairns groups and individuals has been provided under the Backing Indigenous Arts initiative, which supports First Nations artists to embark on new projects and career pathways.”

Minister Enoch added that funding under the Backing Indigenous Arts initiative supported the CIAF, advising that the Queensland "Government is investing more than $800,000 to support CIAF this year, as it the event marks its 10th anniversary.

“There are many other arts programs across the Cairns community we have also funded, including the Regional Arts Development Fund, which has supported Cairns council to deliver quality arts and cultural experiences in the local community.

“Across the wider Far North Queensland region, we have also provided $450,000 as part of the Regional Arts Services network to deliver on the-the-ground arts services in the area.”