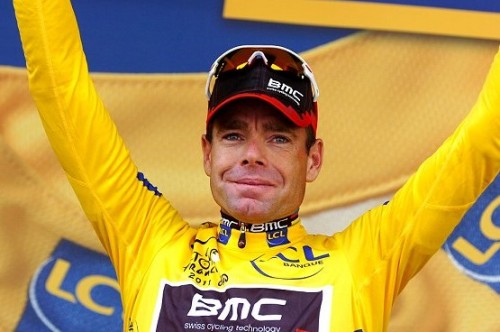 Senator Arbib said Evans' inspirational effort had won him the admiration of all Australians in going one better than his two second places in the Tour in 2007 and 2008, stating "it will be a very proud moment to hear Advance Australia Fair playing in Paris for Cadel Evans - he has shown amazing determination to win the most prestigious bike race in the world."

Evans was a scholarship holder at the Australian Institute of Sport between 1995 and 2000 for Cross Country Mountain Biking.

In Victoria, moves are already underway for a public celebration honouring Evans.

Victorian Sports Minister Hugh Delahunty said that a public celebration such as a parade was a certainty, stating "obviously that will happen."