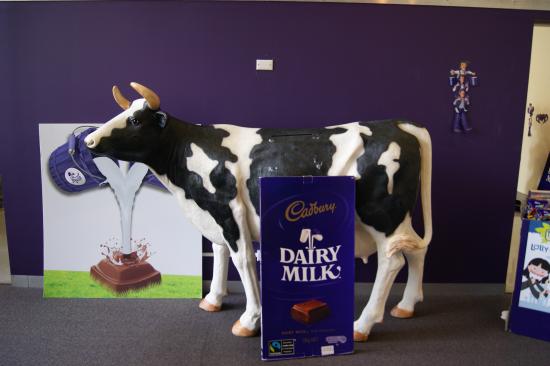 Chocolate maker Cadbury has withdrawn its application for $16 million in Federal Government funds to upgrade its Tasmanian factory tour because it could not meet conditions attached to the grant.

The funds had been pledged during the 2013 Federal election campaign and would have contributed to a $66 million Claremont factory upgrade and visitor centre to be known as Chocolate World.

The upgrade had been expected to create 320 jobs, contribute $550 to Tasmania’s economy and be a boost for the Glenorchy region.

However, Cadbury withdrew its grant application because the Federal Government grant conditions included demands for a 20% increase in chocolate production volumes for export market.

Commenting on Cadbury’s withdrawl from the grant process, Tourism Industry Council Tasmania (TICT) Chairman Simon Currant, who worked with Cadbury on its business case for the grant, suggested that the visitor centre could have been a bigger visitor drawcard than the Museum of Old and New Art (MONA) in Hobart.

Currant told the ABC "the research that I did and the business case showed that it would exceed MONA."

The Federal Government will spend the $16 million in Tasmania, but has not yet said where it would go.

Federal Employment Minister Eric Abetz said the grant criteria was designed to get value for money, stating “as good stewards of the taxpayers' money we were determined to ensure that we got the best possible value from our investment.

Glenorchy City Council is lobbying the Federal Government for the $16 million to be spent in the city.

Glenorchy Mayor Kristie Johnston told local media “we believe that the $16 million commitment was to ­Glenorchy and economic development and jobs growth in the city and the money should be recommitted here.”

Currant said with plans to open up national parks to more tourism developments, the decision was easy.

He added "our parks receive from the Federal Government $3 million a year.

"The Northern Territory receives $30 million a year to look after their World Heritage Area."