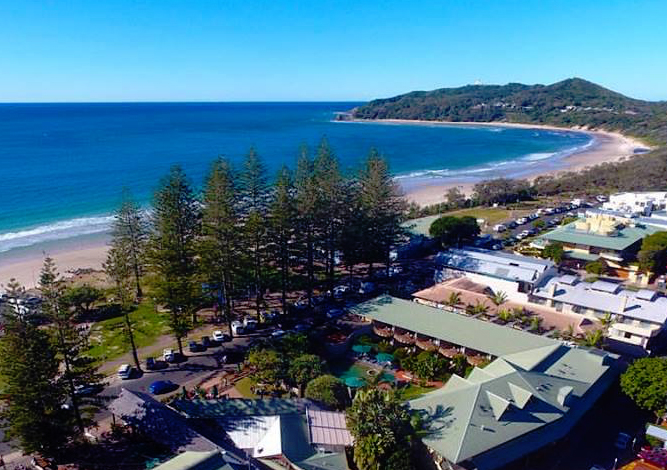 In a progressive move to enhance the local Byron Bay community and its hospitality offering, van Haandel’s famed Byron Bay Beach Hotel has made an impactful statement by removing their historically profitable poker-machines in favour of a locally inspired Green Room environment with a menu curated by Food Director, David Moyle.

The name Green Room is derived from the hotel’s entirely eco-friendly and sustainable design, practices and overall philosophy. Both, Green Room and Beach Hotel proudly divert 90% of the venues waste from becoming landfill.

Ho says of the space "this is a contemporary space whereby the community feels immediately comfortable.”

In keeping with the hotel’s strong live music heritage, Green Room also references the countless musicians and live acts the hotel has fostered over its 25 year history, as well as the barrel of a Byron Bay wave and the cascading foliage that surrounds each guest.

van Haandel advised “we’re proud of Green Room - a smart, inclusive and relaxed food and beverage space for locals and visitors with a conscious affiliation to sustainable practices. This is a new era for the Beachy!”

Fairfax Media reported in 2017 that the Beach Hotel was sold for $70 million to Melbourne-based investors Impact Investment Group, who planned to revitalise the popular tourist destination through making environmental upgrades.

The hotel was built in 1990 by John Cornell - otherwise known as 'Strop' from the 1970s The Paul Hogan Show - who then sold the hotel for $44 million to racing car driver and businessman Max Trigg in 2007.

Sitting on 4485 metres2 in a prime location right on the beach, The Beach Hotel boasts several popular bars, a family bistro and a separate hotel business offering 25 rooms.

Fairfax Media also reported that under then current arrangements the hotel's lease was contracted to John van Haandel, who also owns a number of hotels and restaurants in Melbourne.