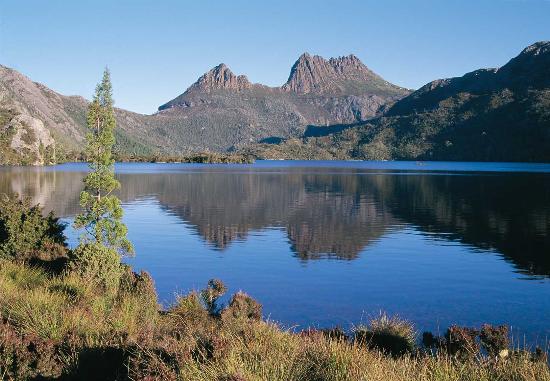 Announcing the project in Tasmania yesterday, Prime Minister Turnbull explaine that the cable-way will strengthen the local tourism industry, attracting an additional 60,000 visitors a year to region.

He explained “the cable-way will ensure a world-class visitor experience at Cradle Mountain by providing hundreds of thousands of visitors with all-year, all-weather transport between the Gateway Precinct and Dove Lake.

“It will cement the Cradle Mountain–Lake St Clair National Park as a national natural treasure, in the same category as the Great Barrier Reef and Uluru-Kata Tjuta National Park.

“Critically, the project will help to protect the area for generations to come and discounted tickets will be offered for the benefit of local residents.

“Last year, more than 1.26 million people visited Tasmania, spending a total of $2.33 billion on accommodation, attractions, tours, transport and other goods and services, at an average of $1,844 per visitor.

“In total, tourism directly and indirectly contributes more than $3 billion a year to the Tasmanian economy.”

Premier Hodgman said he hoped to have the cableway open “as soon as possible”, adding “this is a World Heritage area. It is very sensitive. It has to go through proper planning processes and approval, including with the commonwealth, so we hope it will be up and running soon.”

Sited in the Federal electorate of Braddon which will stage an upcoming by-election, the Prime Minister denied that the Cradle Mountain announcement was “pork barrelling” on behalf of the Liberal candidate.

Nonetheless, the announcement featured a range of Liberal Party parliamentarians and officials including former Federal Tourism Minister Richard Colbeck and candidate Brett Whiteley, who lost the seat to Labor’s Justine Keay at the 2016 election.