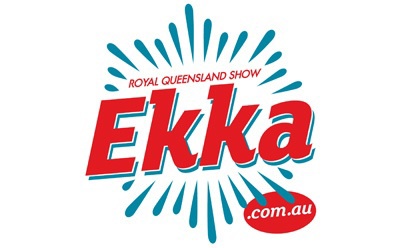 The Brisbane Ekka opened at the RNA Showgrounds last Thursday going on to attract "strong" crowd numbers over the weekend according to RNA Chief Operating Officer Brendan Christou.

Christou was reported in Brisbane's Courier Mail newspaper as saying that 2008 had been the show's biggest year in about five years and "for numbers to be similar to that, we are happy.

"It's too early to tell whether nostalgia is bringing people out, but the first Saturday is a good litmus test in terms of how successful People's Day (Wednesday 12th August) will be.

With refurbishments set change the face of the Brisbane Showgrounds, many visitors are making a special trip to the show to ride the chairlift, which is to be dismantled after 38 years. The Showgrounds' 72-year-old Industrial Pavilion, which houses the showbags, will also be demolished next year with only its facade to be retained.

The Courier Mail reported Chairlift operator Dave Blundell saying that "millions" of people had ridden the 120-seat chairlift since it opened in 1971 adding that the first days of this year's Ekka had been hectic for chairlift operators, with many people marking their show visit with one final ride over the ever-changing showgrounds.

"Everyone is keen to have one last ride," Blundell stated, adding "they see it as the end of an era."

Sideshow alley has also welcomed new attractions, including the white knuckle thrill ride, XXXL. Making its Australian at this year's EKKA, the ride, according to Phil Durkin, Chair of AALARA's Transportable Rides Committee, exerts "7.5gs of gravitational pull, seating 12 people on a pendulum which swings progressively higher and faster until they undertake a complete loop in freefall."

The ride is one of only 12 in the world.

With the threat of swine flu impacting crowd numbers at many agricultural shows during the winter, pigs have been banned from this year's Ekka.

Durkin adds that recent months have seen "mixed reports from shows in relation to financial results, with some operators reporting good results and others commenting they were down against forecasted results.

"Attendances were down at Townsville show this year, however, more likely affected by the huge ticket sales in the months leading up to the inaugural V8 Supercars race which was held two weeks after the show.

"The Darwin show also reported attendance numbers down and the operators I have spoken to are feeling the pinch from the large site rental fees charged this year.

"It is always difficult for operators to generate the funds to cover their site fees at the big shows. I don't know any small businesses in the current economic climate that can pay this amount of money up to two months in advance. With the huge investment in our machinery and increased operating costs this is only added pressure on all operators."

Durkin believes that the Brisbane EKKA will be a "real test" on show performance.

The Ekka runs until 15th August.