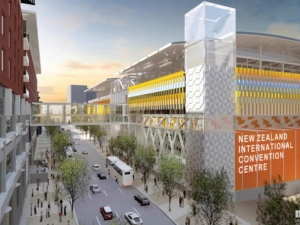 Business events are generating high value for New Zealand’s visitor industry, and it can only get better, according to Conventions and Incentives New Zealand (CINZ).

Figures released by the Ministry of Business, Innovation and Employment (MBIE) for the year to December 2015 show the average per night delegate spend is up 15% from 2014.

CINZ Chief Executive Sue Sullivan says business events are a major growth sector for New Zealand with international convention delegates spending an estimated $350 per night, twice as much as other visitors to New Zealand.

Sullivan explains “this can only grow as our value proposition strengthens, and we gear up for major new convention centre and hotel infrastructure which will give us the ability to cater for much larger multi-day conventions.

“What is not reflected here is the economic impact these international delegates have after they leave the country. We do not account for the ongoing relationships, knowledge transfer or commercial transactions that happen. The numbers don’t include the spending by their partners or family either.

MBIE’s latest figures show conventions and conferences generated around 846,000 visitor nights in 2015, of which 44% were from overseas delegates. Total spend by international convention visitors was up 11% compared to 2014, driven by the increase in per person spend and also an increase in delegates, up 9%. They spent an average of 5.8 nights in New Zealand.

Arrivals from Australia were up 10% for the 2015 year, while other international arrivals were up 8%.

Sullivan added “the work we are doing in Australia and the international profile we are receiving through Tourism New Zealand is really starting to pay off.

Domestic conference attendees are especially important to regional New Zealand. CINZ says domestic delegates from outside the host region spend on average $509 per night, up 15% on 2014.

Sullivan concluded “the domestic market continues to grow, with delegates travelling to smaller destinations and staying on average four nights in the event region.”

The 40th CINZ annual conference and AGM is being held from 12th to 14th October 2016 at the Claudelands Conference and Exhibition Centre in Hamilton.