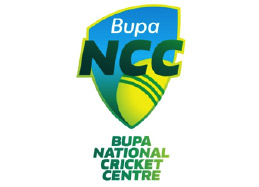 Bupa will also continue to provide health insurance to the team.

Bupa's Director of Group Development, Mark Engel, said the healthcare group was "enormously excited" to support Cricket Australia, stating "we appreciate that to be the best in the world you need the very best support crew and we're committed to ensuring the Aussie team has access to the best practice healthcare support."

Cricket Australia Chief Executive James Sutherland added "health, sport and physical activity are a logical mix - Cricket Australia and Bupa objectives are closely aligned, with each being committed to promotion of healthy lifestyles.

"In particular, we are both committed to promoting physical activity as an important contributor to life-long good health. The Sheffield Shield has a rich tradition, is a critically important part of Australian cricket's success and it is pleasing to have Bupa's support promoting its continued success."

As part of the partnership, Bupa and Cricket Australia will distribute regular online health videos to fans across the country that will showcase skills training, injury prevention techniques, nutrition and exercise programs.

Engel concludes "we look forward to working with CA to support the Australian cricket team, and to encourage the next generation to live longer, healthier and happier lives."

Financial details of the agreement have not been disclosed.