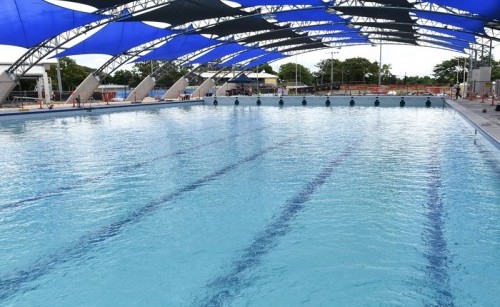 The redeveloped Tobruk Memorial Pool in Cairns is set to get its official opening on Saturday 14th May with builders ADCO Constructions having handed over the completed project to Cairns Regional Council and operators Belgravia Leisure.

The $23.7 million redevelopment - which includes a new 50 metre pool built to FINA specifications, a new program pool, an upgraded 25 metre pool for various hydrotherapy activities and a FlowRider Double artificial surf wave attraction – was dogged by delays including record rainfall during the 2015 winter and Townsville-based steel supplier Tropical Fabrications going bust in September.

Another Townsville based firm, Thomas Steel, picked up the contract to complete the steel fabrication for principal contractor ADCO for the rest of the project.

Once reopened, the venue will be a key venue for the North Queensland Games competition that will take over Cairns in June. 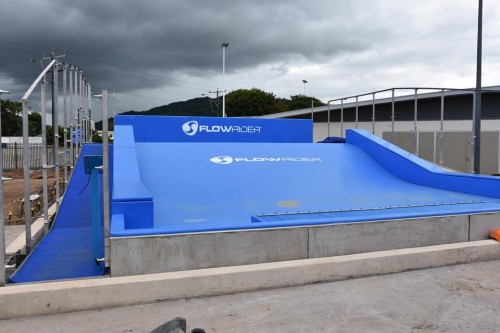 More than 250 swimmers will compete in the newly refurbished pool during the event which is expected to attract more than 5,000 competitors from across Australia and around the world.

Belgravia Leisure will not only be managing the facility but have committed to add additional infrastructure as partners in the facility which is expected to include an outdoor gym, a trampoline arena and a mini-golf attraction.

As of 25th April, the Pool was the centrepiece of ANZAC Day memorial events, with a sculpture commemorating the ANZAC legacy unveiled outside the facility. 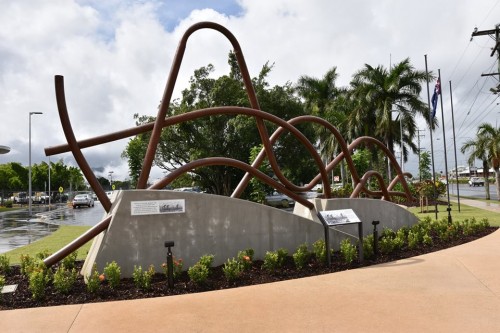 Representing the barbed wire that was present throughout the battlefields of First World War, the sculpture was funded through the Queensland ANZAC Centenary grant program.

Mayor Bob Manning said the sculpture served to remind visitors of the pool’s links with Australia’s war history, stating “while the Tobruk Pool was built in remembrance of Second World War events, it has grown to commemorate all wars and the personnel who served in them.

“(This) recognises the sacrifices made by those who served in (the) First World War and the legacy they left behind.”

Images (from top): The completed 50 metre pool, the near complete FlowRider Double and the recently opened ANZAC Memorial Walk outside the pool. Courtesy Facebook/Cairns Regional Council.