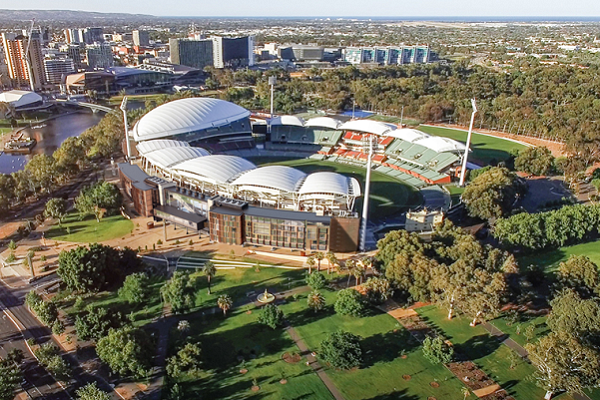 Appointed to develop the boutique hotel project following a competitive tender process, today’s announcement is a significant milestone for the project that will make the venue the first stadium in Australia to feature an integrated hotel.

The building program is expected to be completed in mid-2020 before opening in September 2020 in time for the ICC T20 World Cup.

The hotel will be built on two elevated pods that follow the external curves of the eastern façade of the stadium and will therefore not encroach on the parklands or the plaza. None of the stadium’s existing access/egress, including the plaza and atrium entry, are affected by the development and neither is the seating bowl.

The design is being overseen by COX Architecture and project managed by Mott MacDonald, the same team responsible for the award-winning redevelopment of Adelaide Oval.

Adelaide Oval SMA Chief Executive, Andrew Daniels advised “it's exciting to embark upon yet another innovative Adelaide Oval project and we look forward to working with Built Environs to bring this vision to life.”

The project is being funded by a loan from the South Australian Financing Authority at 4.5%, ensuring taxpayers will make approximately $500,000 in interest each year as it is paid back by the Adelaide Oval SMA.

Image: Illustration showing the Adelaide Oval Hotel integrated into the Eastern Stand façade of the venue.