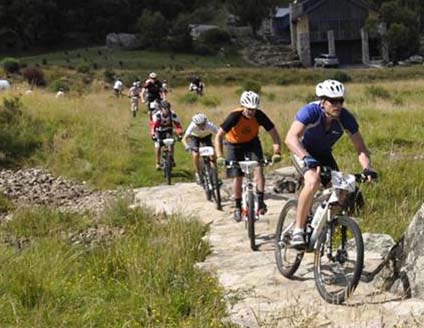 Within the funding allocation, the $110 million Regional Tourism Infrastructure Fund will be for the upgrading of regional airports, the building of cruise facilities and the development of rail trails – projects that will see disused railway lines turned into paths for walking, cycling and horse riding.

NSW Deputy Premier Andrew Stoner announced the measures in Queanbeyan on Friday 13th June) stating that funding he funds would “make a difference to the people we represent … we want to leave a legacy of prosperity and improved standards of living for regional people.”

Deputy Premier Stoner said the tourism funding, to be managed by Infrastructure NSW, would help create jobs and boost the state’s economy.

One of the first projects likely to be funded is a rail trail between Casino and Murwillumbah, which the NSW Deputy Premier said would “become a major tourist attraction that will draw tens of thousands of visitors.”

Projects making up the rest of the $1 billion will be revealed in the budget next week.

Morrison stated “this is a vote of confidence in tourism as an economic development strategy for New South Wales.

“The fund will provide a great opportunity for new and exciting projects that will drive visitation to destinations across the state by both domestic and international visitors.

“Having Infrastructure NSW involved in the approval process will ensure that sufficient rigour is applied and that projects are selected for their economic driver potential.”

Morrison said it would make sense for next week’s state budget to back the infrastructure investment through further marketing and events funding, adding “backing up the fund announced today with additional funding for marketing and events will help grow the visitor economy and help New South Wales reach its Tourism 2020 target of doubling overnight visitor expenditure to $36.7 billion.