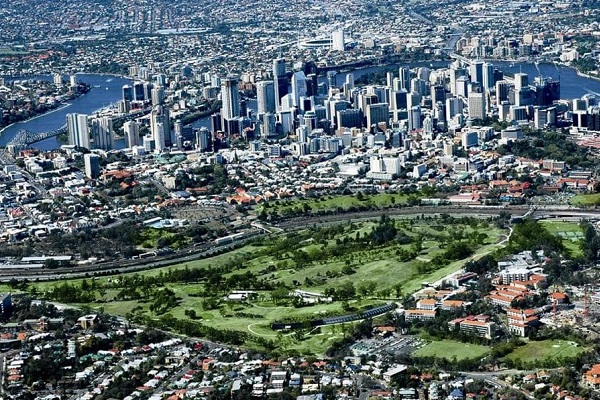 The Victoria Park Golf Course in the inner Brisbane suburb of Herston is to be closed to make way for a new 45 hectare public park in over half a century.

With the site is entirely owned by Brisbane City Council, the inner-city golf course will be transformed into the city’s biggest new public park in over half a century with the new area of open space to include with water features, woodlands and gardens.

The new park, dubbed the Victoria Park Vision, will be the second biggest in Brisbane when completed, behind the Mt Coot-tha Botanic Gardens, and will be more than double the size of the City Botanic Gardens.

Brisbane Lord Mayor Adrian Schrinner said the council would consider a range of opportunities for the new area of urban open space, including pop-up cinemas, markets and play areas for all ages.

He told Brisbane newspaper The Sunday Mail “Council will involve the community in every step of this planning process and will hold forums and public consultation as well as engage experts to create the best design for this green space.

“The Victoria Park Vision will double the size of the existing park and deliver a green link that boosts the connectivity of the city fringe, including Kelvin Grove, Herston, Bowen Hills and the Brisbane showgrounds.”

Lord Mayor Schrinner also pointed to other examples of inner-city parklands, such as Central Park in New York City and Hyde Park in London, which are home to free attractions and hundreds of trees.

The City will allocate $1 million to the park in its upcoming budget and will begin work on the project in 2021, when the existing golf course will be permanently closed. However, the Council has committed to work with the current tenants to ensure the popular driving range, putt-putt course, wedding venue and function centre are part of the new parkland.

Lord Mayor Schrinner advised “people love and value the existing putt putt course and driving range, with more than 180,000 people using these facilities in the past financial year."

By contrast, the Council advises that rounds played at the have decreased by about 16% over the past eight years.

The Council said work was already under way to improve access to the park, where car parking is available while both lines of the high-frequency Brisbane Metro will transport passengers directly to the parkland via the Herston and Kelvin Grove stations in the future.