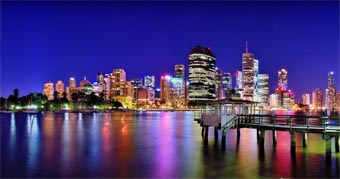 Brisbane Lord Mayor Graham Quirk wants the Queensland capital to be the next Australian city to host an Olympic Games.

Lord Mayor Quirk has announced that he plans to discuss a potential bid for the Olympics at the next Council of Mayors meeting on 6th March.

Lord Mayor said the city had proved it is capable of hosting major world events, such as the G20, and was well-placed to become the next Australian bid city.

In a statement he explained "we've come of age as a city, there's no doubt about that

"I think that Brisbane would be the obvious choice for the next Australian Olympic bid."

He also noted the Australian Olympic Committee's John Coates had flagged Brisbane as the "obvious choice" should the country put up its hand up for the Games.

Brisbane had entered a bid for the 1992 Olympics but finished third behind Barcelona and Paris in the official ballot held in 1986.

As for timing, Lord Mayor Quirk stated "probably 2028 would be a more realistic one to bid for."

The bid would aim to harness expertise from the Gold Coast's hosting of the 2018 Commonwealth Games and would use venues developed for the 2018 event.

While Australia's media have enthusiastically reported the potential bid, plans for a Brisbane Olympics appear doomed to failure.

After the hosting of the 1996 Olympics in Atlanta, USA it was widely felt that only capital and 'tier one' cities should host future Summer Olympic Games.