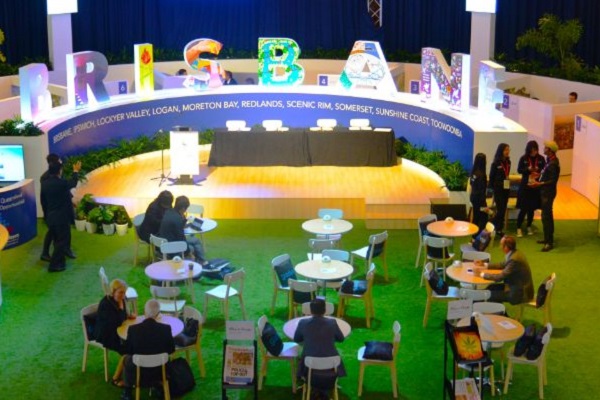 City leaders, mayors and policy makers from across the Asia Pacific region and further afield are meeting in Brisbane this week to consider the future planning of cities.

Hosted by Brisbane Lord Mayor Adrian Schrinner and the Brisbane City Council, this year’s summit has attracted delegates from 135 different countries, turning Brisbane into a global meeting place for city governance, liveability and driving trade and business opportunities across the region.

The program - a blueprint for cities of the future - focuses on the four key pillars of innovation, mobility, liveability and sustainability of cities.

Netflix Co-Founder and Silicon Valley entrepreneur, Marc Randolph who headlines an impressive line-up of keynote speakers at the Summit the hot ticket on the agenda sharing his insights on entrepreneurship, leadership and innovation.

Brisbane is acknowledged as a hub for innovation and start-ups and serious business transactions are negotiated during the Summit which can deliver considerable and ongoing economic benefits as a legacy of the event.

Keeping true to its reputation for innovation, a Brisbane first for this event was the establishment of the 2019 APCS Information Hub at the Brisbane Quarter in Brisbane’s CBD. It is believed to be the first time a conference in Brisbane has had a dedicated retail space for the purpose of pre event registration, or as a meeting place for networking opportunities.

O'Keefe commented “the event has an important role to play in the continuing growth and development of Brisbane and cities across the Asia Pacific.

"This is a great opportunity to showcase Brisbane and our world-class Convention Centre and offer a warm welcome to our friends and colleagues in the region.”