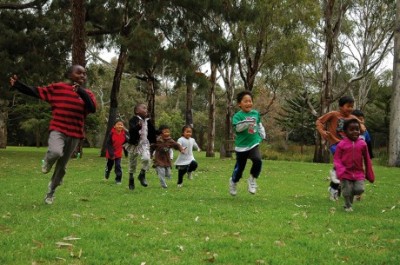 Parks Victoria and the People and Parks Foundation have hosted a Welcome Day at Brimbank Park to mark the start of Nature Play Week.

In its second year, Nature Play Week (NPW) is a signature event that celebrates initiatives that encourage children and families to reconnect with outdoor play and nature.

Coordinated by the Kids in Nature Network, the week features over 65 events put together by more than 40 organisations in in Victoria, Australia and beyond.

Commenting on the importance of nature play experiences, Kathryn Campbell, Manager of the Manager Healthy Parks Healthy People initiative at Parks Victoria said sitting in a park for 15 minutes restored our capacity to focus and increases our sense of wellbeing.

Campbell explains “play is also known to be important for the children's physical health and development.

“Unstructured play in parks more fully engages their imaginations, increases their physical activity and can make them calmer and more focused.”

In creating Nature Play Week, the Kids in Nature Network has set out to create a catalyst to celebrate and empower all the great initiatives that are happening that reconnect children with nature and the outdoors. 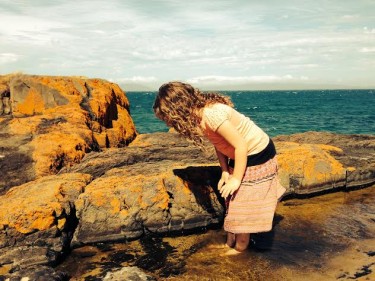 Kids in Nature Network co-founder Cecile van der Burgh explains “we thought a special day or event would be a nice way to create that momentum.”

Commenting on the expansion of the event beyond Victoria, van der Burgh adds that “while it is currently mainly Victoria based but there are some great events in NSW and we hope to be able to invite others states to join in as the initiative grows in scope and capacity.”

Nature Play Week is running from 11th to 19th April.

For more information go to www.natureplayweek.org.au