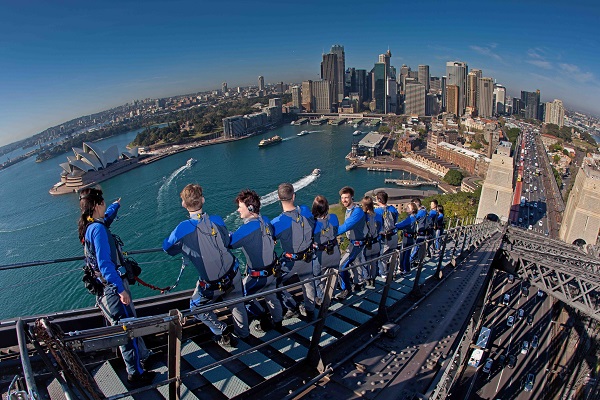 Sydney Harbour Bridge’s BridgeClimb experience will be celebrating 21 years of operations next month and, to mark the anniversary, has announced it will offer climbs on 1st October for what they cost back in 1998.

With climbing experiences now priced from $308, all climbs sold for 1st October will cost just $98.

In addition, festivities to mark the milestone will a playlist of 1990s music played at the summer of the bridge along with other memorable throwbacks

Looking forward to the anniversary, BridgeClimb Chief Executive, Chris Zumwalt stated “we feel privileged to have played a part in creating so many special moments for people on the Sydney Harbour Bridge. Our 21st is a milestone and October is going to be one of the most memorable months to come back for a climb or to tick the experience off the bucket list.

“Our throwback prices are just a very small thank you to Sydneysiders for embracing us so much over the last 21 years.”

At 134 metres above sea level, the bridge has been hosts almost five million guests since 1998 including celebrities while also becoming a place for marriage proposals and ceremonies, celebrations, yoga and repeat visits.

Zumwalt adds “we’ve had one person climb the bridge 133 times and we look forward to welcoming him to his 134th climb.

“We can’t wait for the people of Sydney to have their first climb over our 21st birthday celebrations and begin their love affair with the best experience in Australia.”

Tickets for the 1st October climbs are now on sale at www.bridgeclimb.com