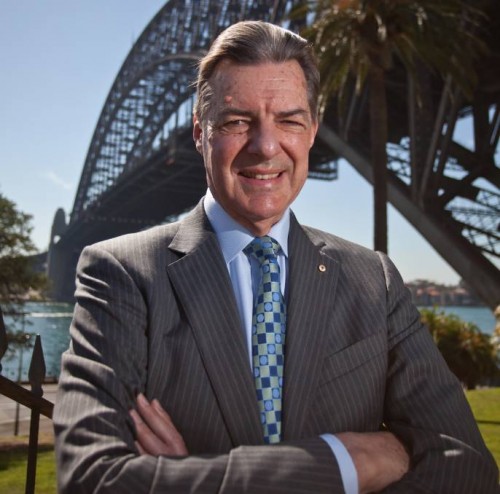 Paul Cave, Founder and Chairman of BridgeClimb Sydney, has been honoured as a Member of the Order of Australia (AM).

At at an investiture ceremony held at Government House in Sydney, Cave was presented the honour by Her Excellency, The Governor of New South Wales, Marie Bashir, AC, CVO.

The award was announced on the Queen's Birthday of this year, and recognises Cave's services to the tourism industry in NSW, as well as to the community as a supporter of a range of health, sporting and charitable organisations.

In the Australian honours system, appointments to the Order of Australia represent the highest recognition for outstanding achievement and service, and give fellow Australians a way to recognise the achievements of their fellow citizens.

After receiving the award Cave commented "somehow it seems unnecessary to be awarded for doing things that I am passionate about. I am most fortunate to be surrounded by wonderful teams at both BridgeClimb, and particularly the Chris O'Brien Lifehouse."

One of his most notable achievements was the creation of BridgeClimb Sydney, now acknowledged as a major tourist attraction in Sydney. The iconic experience has welcomed over 2.5 million Climbers from over 140 countries and territories to the summit of the Sydney Harbour Bridge.

In 2008, BridgeClimb was awarded the highest national tourism accolade, winning the Australian Tourism Award for Major Tourist Attractions, and currently sits in the NSW Tourism Awards Hall of Fame in the same category.

The Sydney Harbour Bridge is particularly special to Cave because his late father-in-law, then as a teenager, lined up for two days from the 19th March 1932 and purchased the first rail ticket sold to the public for crossing the Bridge on 20th March 1932 - ticket number 00001. Having inherited this rail ticket he will never forget the significance of this ticket, or indeed the journey it has subsequently taken him on.

Cave's own BridgeClimb journey began in 1989 when he helped conduct a World Congress in Sydney, including a climb over the Sydney Harbour Bridge. From this point the personal dream to share the summit of the Bridge with everyone was born. Finally, nine years later on October 1st 1998, BridgeClimb was officially launched.

As a survivor of cancer himself, Cave is a Director of Chris O'Brien Lifehouse, which is focused on building a $300 million Comprehensive Cancer Centre at RPA hospital.