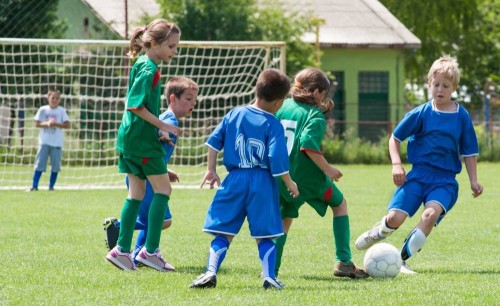 Research into cardiorespiratory fitness (CRF) levels among youth indicates that boys are outperforming girls, with two thirds of boys having a CRF rate defined as being within healthy limits compared to just 50% of girls.

The gender difference is one of the results identified in a University of South Australia (UniSA) led international study that reviewed the CRF, or the ability to perform prolonged and vigorous exercise, of more than 1.1 million young people from 50 countries.

The study involved analysing 20 metre shuttle run data from 1,142, 026 people aged between nin and 17 years, with results adding to a growing body of international research into cardiometabolic health.

UniSA School of Health Sciences researcher, Dr Grant Tomkinson, says the study provides the most comprehensive and up-to-date set of international sex- and age-specific data regarding children and young people related to health and fitness screening.

Dr Tomkinson explains “CRF is considered to be an excellent marker of current and future health and the 20 metre shuttle run time (SRT) is arguably the most popular measure of CRF because it is suitable for mass testing, is simple, cheap, easy, reliable and is a widely used health-related measure.

“Our normative data will facilitate the identification of children with very low CRF in order to establish appropriate goals and promote positive health-related fitness behaviours that will help them avoid cardiovascular disease, stroke, diabetes and mental health problems.

“Or conversely, young people with very high CRF may be better able to be identified and recruited into elite sporting or athletic development programmes.”

Before this study, 20 metre shuttle run performance had only been published for selected geographical regions.

Dr Tomkinson added “with data from 177 studies our CRF database provides insight into current and future population health concerns around the low fitness levels of some young people and the consequent increased risk of chronic conditions in adulthood.

“By estimating the international prevalence of children and young people with healthy cardiorespiratory endurance we are providing health and fitness professionals with the information they need to better screen, profile and monitor the cardiovascular health of our young people.”

The article was published in the British Journal of Sports Medicine.