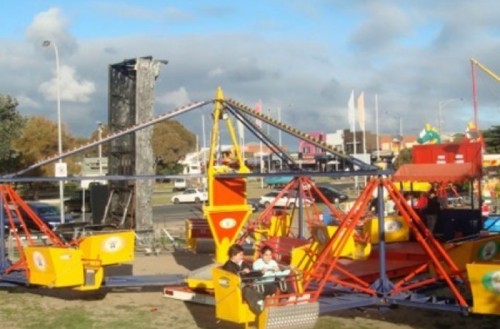 A six-year-old boy has died four days after he was critically injured when he fell from a carnival ride on Victoria's Mornington Peninsula.

Paramedics were called to the carnival in Rye shortly on Easter Monday, after Eugene Mahauariki came off the Cha Cha ride.

He was taken to the Melbourne’s Royal Children's Hospital with head and foot injuries.

The ABC has reported his parents advising that he died last night.

His mother and father said he died last night.

Tammy and Stacey Mahauariki said in a statement “while our hearts are broken, it is important to us that Eugene is remembered as we knew and loved him.

"Eugene was a happy, kind and caring boy and he loved nothing more than to dance.

"Eugene was loved by so many people and he brought us, his brother and four sisters, extended family, friends and community so much joy and happiness in his short life."

WorkSafe Victoria is investigating the incident, which is understood to have happened after the carnival was closed.

The boy was the son of a staff member of the carnival ride operators Wittingslow Amusements, who manage the ride.

In a statement Wittingslow Amusements advised “our hearts and sincerest thoughts remain firmly with his family at this sad time, as well as their friends and extended family here and in New Zealand.

"We grieve with them and we are doing everything we can to ensure everyone gets the support they need.

"The entire Wittingslow family and all of our staff are devastated by what occurred last week."

There is a minimum 130cm height restriction on the Cha Cha ride, which seats up to 44 people.