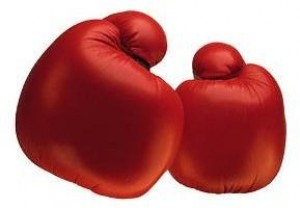 The Queensland Government has announced a parliamentary inquiry will investigate how to improve the safety of combat sports in the state, after the deaths of two young male boxers in the past five years.

Announcing the inquiry, Queelsnad Treasurer and Sports Minister Curtis Pitt said the inquiry would look into whether it was safe for self-regulation to continue.

Treasurer Pitt explained "we're talking about some things that are not only self-regulated but essentially unregulated."

Unlike every other state in Australia, Queensland and the Northern Territory do not regulate combat sports.

Documents obtained by the ABC under Queensland's Right to Information laws showed successive Queensland Governments going back to 1999 have reviewed the lack of a regulatory regime at least four times, but made no changes.

The documents revealed that the last Campbell Newman-led Queensland Government formulated a voluntary code for combat sports months before the last Queensland election, but did not implement the guidelines.

Treasurer Pitt said this investigation by the Finance and Administration Committee would not fall to the same fate, adding "with a parliamentary committee we have a public process, with an all party committee, which will have representatives from the Government as well as the non-government and crossbenchers.

"In that regard we'll be getting a lot of views politically. Parliamentarians take their committee work very seriously."

The most recent fatality occured in March last years after Toowoomba boxer Brayden Smith collapsed after a 12-round professional fight against Filipino John Moralde.

Two days later his life support was turned off in a Brisbane Hospital.

In October 2010, amateur boxer Alex Slade, aged 19, slumped to the canvas in the fourth round of his fifth fight in Mackay and died a week later in hospital.

Sports lawyer Tim Fuller, who was part of consultations with the Queensland Government after Alex Slade's death, said Queensland must come into line with other states and regulate boxing by legislation.

Fuller told the ABC "the idea that self regulation has been successful in Queensland I think is a nonsense.

"Many other people - experienced referees, combat fighters, boxers who've come forward with anecdotal evidence - have suggested that this state is a very concerning environment.

The committee inquiry report is due back to the Queensland Parliament by 16th December.