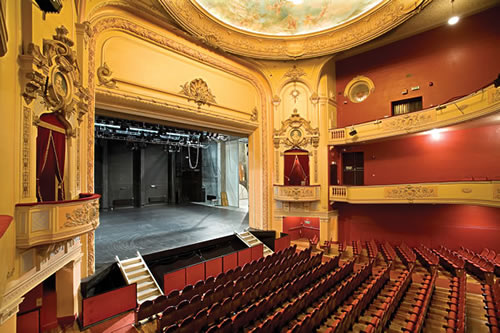 New Zealand based arts-crowdfunding platform ‘Boosted’ has reached a significant milestone, raising over $3 million dollars for arts and creative projects in a sector typically dominated by competitive funding bodies.

The platform, which reached its $2 Million goal some eight months ago, shows no sign of slowing down and has experienced 40% year-on-year growth since its inception in 2013.

Boosted caters to everyone and doesn’t judge the content of artistic content but General Manager Simone Hunter says the real secret to success is support and specialisation.

Hunter explains “at Boosted we specialise in one thing and we do it well. We do this with a very small but incredibly passionate team and this hands-on approach helps gives us a competitive edge over other crowdfunding organizations."

This approach has seen Boosted maintain an 84% success rate, one of the highest of its kind in the world. By comparison, global mammoth Kickstarter sits at around 35.81% while New Zealand’s own Pledge Me sits at 50.9%.

As well as it’s highly successful ambassador program (a team of practicing artists who help guide and mentor project owners through their crowdfunding campaigns), Boosted also runs an education initiative through the ‘Boosted School of Crowdfunding’, a sponsorship and events off-shot ‘In Good Company’ and patron-lead sponsorship platform ‘Boosted 365’.

This is all part of the organisation’s strategic approach to remain at the forefront of arts crowdfunding globally by leveraging their knowledge and building upon the platforms popularity.

Hunter adds “we’re still very much a start-up, operating with very few resources but what we’re doing is working - we’re providing an alternative and people are responding to that so it’s our responsibility to stay current and remain at the forefront of this.”

Boosted has launched a campaign website to celebrate the achievement at www.boostedthreemillion.org

Image: Among a range of projects, Boosted has contributed to the rebuilding of Christchurch's Isaac Royal Theatre.