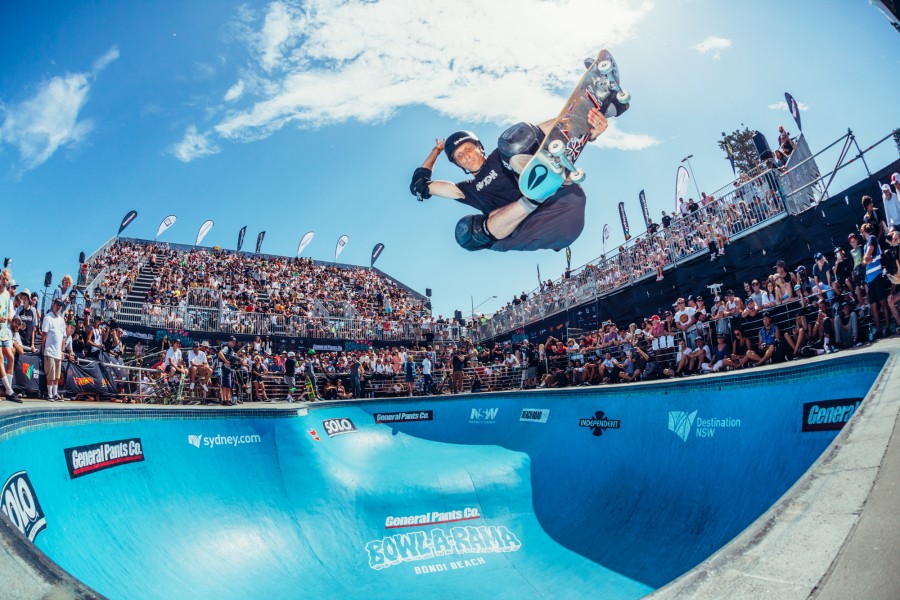 One of Australasia’s largest and most exciting skate events, the GENERAL PANTS BOWL-A-RAMA™ is to return to the Bondi Skate Park on 17th and 18th February next year.

The  largest professional bowl event in the Southern Hemisphere, will see the return of skateboarding legend Tony ‘The Birdman’ Hawk and an all-star line-up featuring some of the world’s best known skateboarders including Bucky Lasek, Pedro Barros, Steve Alba, Eric Dressen.

GENERAL PANTS BOWL-A-RAMA™ not only delivers some of the best skateboarding in Australasia, but world over. The picturesque beachside location will play host to the epic event, promising two full days of big-air entertainment, music, stalls and more.

Destination NSW continues to support the event which brings skate board fans from interstate and overseas to the famous beach.

NSW Member for Vaucluse Gabrielle Upton MP said: “BOWL-A-RAMA has become a highly anticipated event for Bondi that not only showcases the best of Australian and international skateboarding, but provides the perfect opportunity for visitors to explore everything the iconic Bondi Beach has to offer.

“The NSW Government, via its tourism and major events agency, Destination NSW, is proud to support BOWL-A-RAMA and looks forward to welcoming fans and competitors back in February.”

“The pool is a great medium - they’re doing proper huge vert tricks and really textured tricks. Last year I was so impressed with the juniors and girls competition, it was a big highlight of the event.”

For more information go to www.bowlarama.com.au