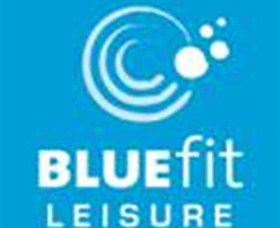 BlueFit Leisure owners Todd McHardy and Reece Rackley have recently completed a split of the group to focus on their respective aquatic, fitness and recreation facilities in NSW and Queensland.

Having experienced strong growth between 2009 and 2012, the BlueFit Group has become the third major player in the public aquatic, fitness and recreation facilities market on the Australian east coast challenging the market dominance of contract managers Belgravia Leisure and the YMCA, and are now looking to strengthen this position with a 'quality over quantity' approach.

As a result, the BlueFit Leisure Group was created in 2010 to operate a growing list of aquatic and recreation contracts awarded, predominately in Southeast Queensland. The total number of facilities under management peaked at 32 with seven council partners and a number of education and private leases.

Having battled through the 2010/11 Brisbane floods and the poor Sydney summer weather of 2011/12, with his young children residing in Melbourne, living between three cities every week took its toll on McHardy, who negotiated a successful split with Rackley on July 1st 2012.

As Rackley explains "Todd and I remain great mates and the completion of this amicable split has allowed us to re-focus on our local leisure facilities.

"We still chat most weeks as we worked together so hard to create a large management company with many strong resources."

Giving his perspective of the split, McHardy adds "our new structure has ensured we focus on quality over quantity and the signs are already there that the local management approach is working.

"2012/13 results were well above budget in both Queensland and NSW ... profit levels and our cash flow positions are in great shape, and most facility KPI's are at record highs.

"More importantly, the experiences our valued patrons are getting has improved out of sight, as we are both more in touch with the staff and the communities we work with."

Commenting on aquatic, fitness and recreation facilities contracts, McHardy explains "tendering against two competing management giants with so much funding behind them, Reece and I were able to create a group that was turning over more than $30 million (pa) and the growth was amazing.

"However, family should come first so getting down to Melbourne as much as possible to see the kids is more important now. It's brilliant to see Reece and Jay achieving results in Queensland and it's great to be working so closely with everyone involved at Lane Cove and Hurstville." (The Lane Cove Aquatic Leisure Centre and the Hurstville Aquatic Leisure Centre are both managed by BlueFit).

BlueFit Leisure Pty Ltd, which is currently being re-branded City Venue Management, is now owned by Reece Rackley and Jay Clarke, both of whom have grown up in the aquatic industry.

In developing the new business, Rackley says that bringing Clarke further into the business has been a really positive development, stating "we are focused on working closely with the Queensland State Government (and the) Gold Coast, Logan, Scenic Rim and Brisbane Councils to improve both the facilities we operate and the service delivery to our end users.

"The (recent) grand re-opening of the Centenary Aquatic Centre after a $5.3 million (Brisbane City) Council upgrade ... was very exciting for our team."

BlueFit Pty Ltd, operating in Sydney is now owned by Todd McHardy and Andrew Hungerford, who was been the group's National Operations Manager for a number of years.