Facilities at the Springwood venue include a 438 seat theatre with retractable seating, various meeting rooms, breakout areas and offices for tenants.

In completing the venue, The P.A. People was tasked with providing an effective audio visual solution, responsible for the installation of all the theatre audio, lighting, paging, vision systems and communications infrastructure.

Commenting on the project, undertaken in conjunction with Kane Constructions, The P.A. People, Installations Project Manager, Josh Jones, explained “the Client brief was for a versatile venue to maximise user flexibility and a mix of hirer groups (so) the audio visual infrastructure allows various hirers and user groups to patch into the system - making it versatile and user-friendly.”

Audio visual features of the venue include:

Audio System
The main features include stereo Bose array - Room-Match series - fully patchable, with Bose PowerMatch Series amplifiers. The Audio system took advantage of the patchable infrastructure via a Soundcraft Expression mixer. A range of ancillary items for theatre capability included two x Shure SLX wireless mics. The system allows a simple set-up, for example a speaker at a lectern, through to a full theatre show. It means a hirer can utilise the Venue and can bring in their own equipment and still patch into the main system. 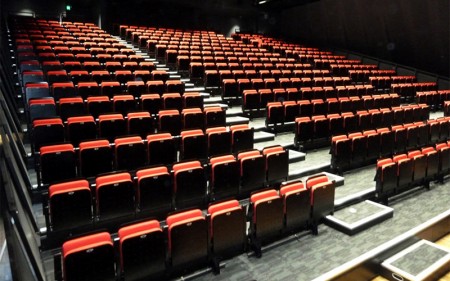 Paging system
In terms of capability, (for the Theatre) localised SMD (stage managers desk) inputs include an Ezi-com talk-back system and a theatre paging system including theatre ‘bells’ and background music. Messaging can be directed to six zones throughout the Venue; this enables the stage manager to operate the space as a fully-functioning theatre.

Vision system
The vision system aspect includes a 225” Electricinema screen by Screen Technics. An Epson EBG6750WU Installation projector is fed via HDBaseT infrastructure. HD Video can be transported from several locations, including the stage, and patched to the projector. A Denon Blu-Ray player was added to the equipment list.

The project at the Blue Mountains Theatre and Community Hub expands the work of The P.A. People with a range of council facilities. 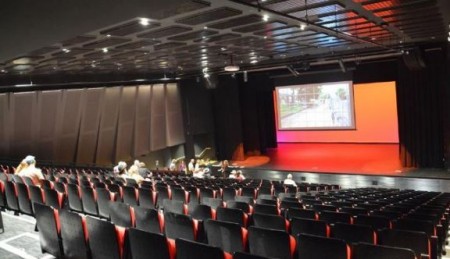 Meeting room sizes range from interview rooms for two people through to the multi-purpose room capable of accommodating 100 along with a commercial kitchen and dining room.