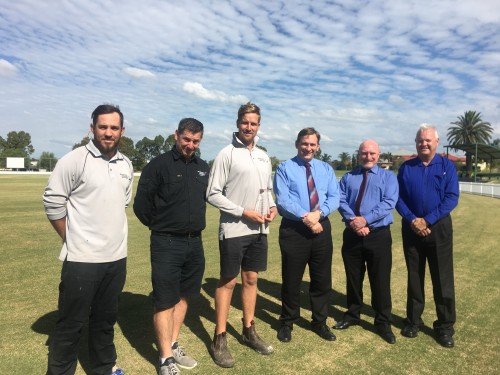 Blacktown City Council’s Joe McAleer Oval has been named Cricket NSW 2016 Ground of the Year – an award that recognises excellence by curators in the preparation and maintenance of the cricket wicket during the season.

Blacktown City Mayor Stephen Bali is thrilled that the Council’s curatorial team have been recognised by Cricket NSW, stating“I would like to commend the entire Grounds Team on their efforts in preparing a high quality playing surface.

“It has been praised by the club, visiting teams, umpires and Cricket NSW alike throughout the season.

“The Cricket NSW award tops of a fantastic season of cricket in Blacktown.”