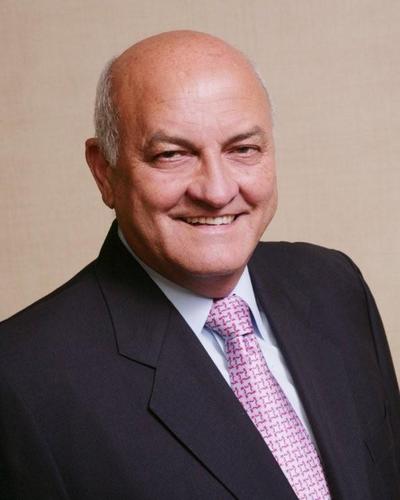 The Warriors NRL club has announced that New Zealand billionaire Owen Glenn has taken a 50% stake in the club.

Current majority stakeholder Eric Watson announced he was entering into a partnership with Glenn, the sixth richest man in New Zealand, at a press conference yesterday (2nd March).

Watson said the pair will take a 50-50 split of ownership. Mark Hotchin, who previously owned a minority stake in the club, has been bought out.

In announcing their joint ownership, Watson and Glenn also made a commitment to invest a multi-million dollar sum in rugby league.

Watson explained "when Newcastle and St George Illawarra kicked off the NRL season ... it proved yet again why the NRL competition is by far the best sporting product throughout Australasia.

"Key to that goal is what we do in the development area. It was about five years ago that we announced our strategy to turn the Vodafone Warriors into a development club and we've made a significant investment in this area of the business.

"We've delivered on that strategy and continue to do so. The Vodafone Junior Warriors have made the NYC finals in each of the competition's first four seasons and won the grand final the last two years.

"We've also partnered with the Auckland Rugby League on entering the Auckland Vulcans in the New South Wales Cup. Like the Vodafone Warriors and the Vodafone Junior Warriors, they also made the grand final last year and provide another pathway for our young players striving to become professional rugby league players.

"Now we want to take the development philosophy to another level and Owen and I can announce today that we have plans to invest millions into growing rugby league.

"Rugby league is an exciting opportunity for kids inNew Zealand and we want to offer more of them the chance to play it. As we do with our players at the Vodafone Warriors, we want to help them with their education and personal development and obviously we'd love some of them to go on to become professional players and to represent New Zealand.

"We look forward to working with the New Zealand Rugby League, their zones throughout the country as well as the Auckland Rugby League and the new Australian Rugby League Commission as we seek to accomplish the goals Owen and I share."

In welcoming Glenn to the Vodafone Warriors, Watson said his new joint venture partner would bring not only his business acumen to their venture but also a similar passion for the club, for the NRL and for the wider benefits rugby league can bring to people's lives.

Glenn added "like Eric, I see the NRL as the best sporting product there is in this part of the world and I'm thrilled to now be part of it.

"As New Zealanders we are known for achieving above our station and the Vodafone Warriors are no exception having made the finals in four of the past six years. I've been incredibly impressed with the management of the club in recent years and I'm extremely positive about its future.

"Both Eric and I have very similar thinking when it comes to how important a role sport plays in the lives of young people.

"Not only does it ensure young people are kept busy but it is a catalyst for encouraging confidence, determination, focus and healthy bodies and minds, while fostering team work – all of which are vital elements needed to contribute to society. This has been a motivating and driving factor in my investment in the Vodafone Warriors.

"I don't profess to be an expert when it comes to the game of league, and I will certainly be leaving that side of things to Brian (McClennan), but I'm a strong advocate for the benefits sport plays in young people's lives."

Watson reiterated the desire he had to try to make a difference to young people's lives through rugby league, adding "we want to contribute to the betterment of our country through sport, education and involvement in the community and in charity. Through this partnership we are ideally positioned to continue to work towards our goal and will do all we can to succeed in this area."

In the last 11 years, the Vodafone Warriors have made the NRL grand final twice, won the minor premiership once and been in the finals seven times, including four times in the last five years.

Both owners will be at Eden Park on Sunday for the Vodafone Warriors' season-opening NRL match against Manly.