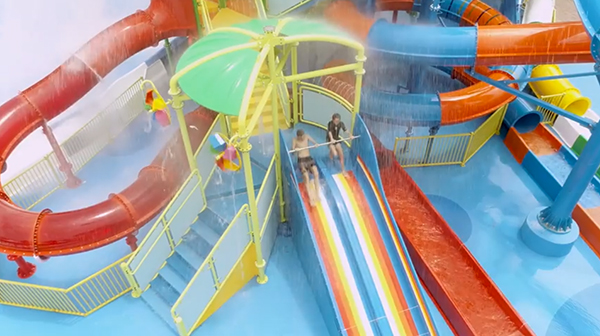 BIG4 Gold Coast Holiday Park has opened its new multi-million-dollar aquatic attraction to the public offering 40 interactive play features, including one of the largest splash buckets in Australia.

The new attraction at the BIG4 Gold Coast Holiday Park consists of waterslides from Polin Waterparks with a combined length of 317 metres.

Launched from 13 metre high tower - making them the highest and longest in any holiday park in the country - thrillseekers can enjoy glimpses of nearby Warner Bros. Movie World and the hinterlands of the Gold Coast from the platform.

With an emphasis on all-ages fun, the water park boasts zones for smaller children alongside ample seating and shaded areas for parents. 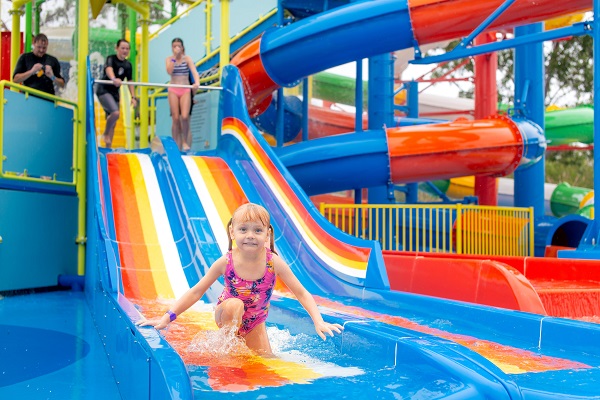 BIG4 Gold Coast Holiday Park owner Norton Whitmont advised that the building of the project has already been a significant economic contributor to the Gold Coast, stating “we anticipate the project will cause an influx of guests to provide extra employment for all our departments.

“There will be additional economic activity for the whole area and especially for our friends at the theme parks.

“Our guests want more than high-quality self-contained accommodation. They are seeking an experience that is exciting, memorable, and affordable, which also comes with photo opportunities and ‘bragging rights’.”

The slides, fittings and structure were custom designed by Polin Waterparks to realise the customer’s dream while achieving maximum operating efficiency and installed by Swimplex Aquatics 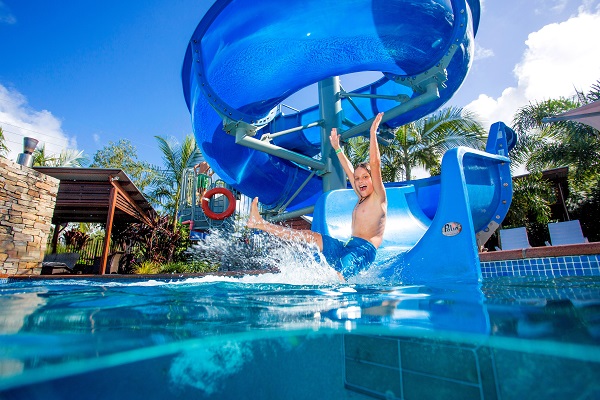 With a total of seven slides, three from 9.9 metres and the other four from 3 metres and below, Swimplex Aquatics Sales and Marketing Manager, Oz Ikiz says the feature “is like a medium size waterpark appealing to both teenagers and younger children.

“The structure allows for the operator to use their discretion in slow times to close the 9-metre slides reducing the required supervision staff from two to zero.”

Only requiring a maximum of two staff to supervise the feature when all slides are operational, when the nine metre slides are closed, Ikiz adds “kids can still climb up the nine meters and play with different water guns, buckets and toys.”

Swimplex Aquatics’ Murray Booth adds “it's something that we expect to be popular with parks all over as managing the staff and costs is the main concern.”

Ikiz also highlights that the footprint of the attraction “is very small … little bit bigger than a tennis court.” 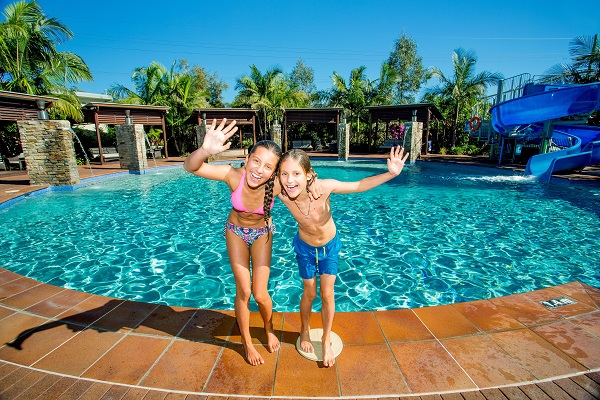 Significantly, apart from the waterslides and slide supports, the entire was made of 316 stainless steel.

According to BIG4 Holiday Parks Chief Executive, Steven Wright the opening of this attraction demonstrates the high quality of in-park facilities and experiences synonymous with the BIG4 name.

Wright noted “this action-packed addition to a holiday park that already offers a memorable visitor experience typifies BIG4’s standing as a leader in its field, and a network intent on raising the bar in the leisure accommodation sector.

“It also demonstrates the importance that our parks play in providing significant economic benefits to regions throughout Australia. We anticipate this will be a massive drawcard for families across the country and will provide a considerable financial boost to the local economy."