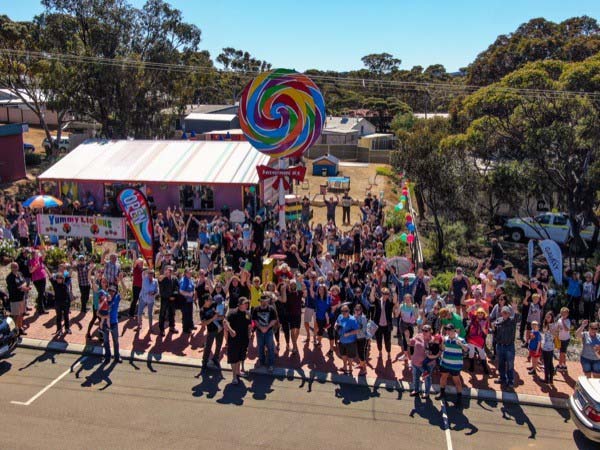 Adding to Australia’s number of ‘Big Attractions’, the world’s biggest freestanding lollypop has been unveiled in Ravensthorpe in Western Australia’s Golden Outback, about 530 kms south east of Perth, and a two hour drive west of Esperance.

Standing at 7.4 metres tall and 4 metres wide at the Yummylicious Candy Shack, the idea of the giant lollypop was developed two years ago after the local nickel mine was closed for the second time. 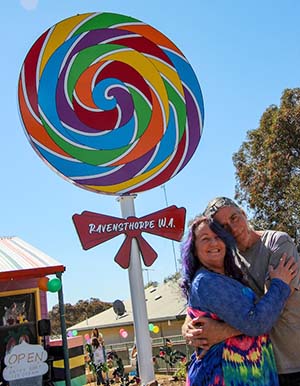 Yummylicious Candy Shack owner Belinda McHarg said that launching the world’s biggest lollypop was a dream come true: “We wanted to create something to help boost tourism in our town, and who wouldn’t love a giant lollypop?

Ravensthorpe is known for colour, most famously for hosting the world’s biggest wildflower festival every September featuring up to 700 different species of wildflowers on display.

In the world class Fitzgerald River National Park and the unique Ravensthorpe Range, about 20% of Western Australia’s floral species can be found, including some that are, as yet, undocumented. 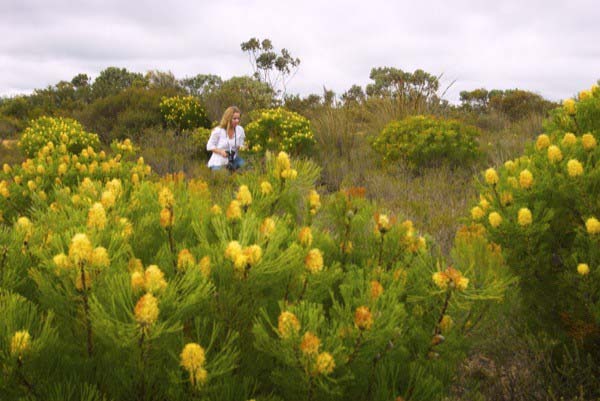 The access to the Fitzgerald River National Park is now made easier with the opening of the new permanent road that crosses the Culham Inlet.

Australia’s Golden Outback Chief Executive Marcus Falconer said that the world’s biggest lollypop is a great reason for locals, visitors and self drive tourists to stop in Ravensthorpe noting “It’s something a little bit different and you can’t help but feel happy when you look it.

“I think it’ll do well on social media which is key to spreading word-of-mouth about Ravensthorpe and the region.”

The launch of the world’s biggest lollypop coincided with Yummylicious Candy Shack’s third anniversary and was celebrated with a free community festival that saw hundreds of people enjoy cupcakes, balloons, sumo wrestling, jumping castle and a free lollypop for every child.

Golden Outback suggests five things to do in and around Ravensthorpe

1.Visit the stunning Fitzgerald River National Park, a UNESCO recognised, international biosphere with over 1,800 beautiful and unique species of plants, 22 species of mammal, 200 bird species as well as 41 species of reptiles. It is one of the largest and most botanically significant national parks in Australia.

2.Go wildflower spotting, the greens and browns of coastal heath burst with colour from mid-August through to October. Look closely at the undergrowth and you’ll see the delicate designs of many orchid species, or stroll through bushland and be dazzled by banksia, leschenaultia and hakea.

3.Drive along Australia’s most Instagrammable Road Trip, the Great South West Edge – the pristine white sandy beaches of Esperance are just under two hours away including Lucky Bay with its resident kangaroos.

5.Hike along the Hopetoun Ravensthorpe Railway Heritage Walk Trail, following a former railway through natural bush. There are several sections of trail to choose from ranging from 5kms to 16kms.

For more information on the Golden Outback go to www.australiasgoldenoutback.com