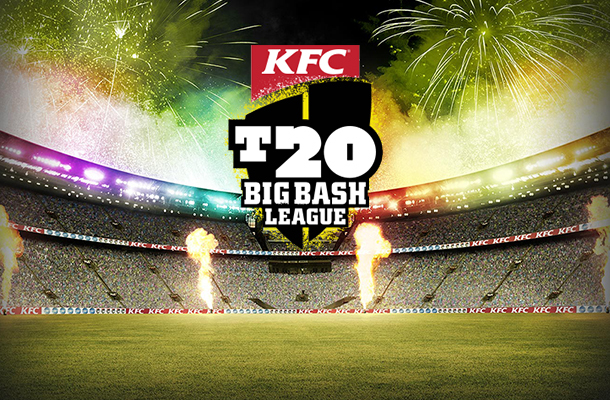 After a record-breaking season, the stellar growth of the KFC Big Bash League (BBL) has seen it record Australia's highest average television ratings.

With a national average audience of 1.1 million viewers on Network Ten, the BBL has soared above the AFL and NRL, which average 804,000 and 887,600 per match on free-to-air television respectively.

For the first time, cricket is Australia’s highest-rating sport, averaging more than a million nationally across all the major formats - including Tests, one-day internationals and Twenty20 Internationals broadcast on the Nine Network, and the BBL on Network Ten.

"As the AFL coaches all say, you just concentrate on the process and don’t worry about the result and I think that’s what we’ve done.

"It’s a great credit to our commentary team and it’s just a combination thing between good TV production, solid marketing and a great sporting body working with us. It’s made a massive difference.”

Sydney Thunder’s triumph over Melbourne Stars in the BBL final claimed the highest ratings for BBL|06, with 1.79 million tuning in to see Mike Hussey’s men claim their first title.

These viewing figures are likely to set up a fierce contest the next time the BBL broadcast rights are up for negotiation ahead of the 2018/19 season.

The Big Bash is also dominating its rivals in crowd numbers, with only the AFL (33,000) averaging higher crowds per game than the BBL’s 29,000.

BBL|06 saw the league’s attendance record smashed, when the highly-anticipated local derby between Melbourne Stars and Melbourne Renegades at the MCG drew a crowd of 80,883 people, easily surpassing the previous record of 52,637 at Adelaide Oval.

Cricket Australia General Manager of Media and Communications Ben Amarfio said the BBL’s focus on women and families - including through the introduction of the Women’s Big Bash League - had paid off, concluding “we have very, very proactively and intentionally gone after kids, families and women with our BBL proposition in every sense.”