Best of Australian art to tour the country 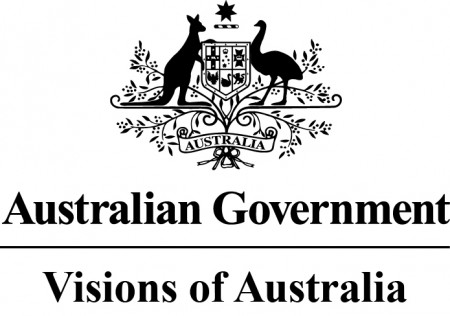 Arts lovers from across the country will be treated to some of Australia's most exciting and innovative art exhibitions as a result of Federal Government funding.

Federal Arts Minister Simon Crean has announced more than $1.7 million in funding for art exhibitions to tour around Australia from 2012 to 2016.

Minister Crean explained "communities from regional areas such as Dubbo, Ararat, Burnie and Caboolture will have the opportunity to see some of Australia's top visual arts exhibitions.

"Australia's art and culture belongs to us all and the Federal Government is committed to ensuring that Australians, no matter where they live, have equal opportunity to access and engage with our rich cultural heritage.

"Our culture is our identity and by supporting these exhibitions to tour Australia we are not only increasing the liveability and vibrancy of our cities and regions we are strengthening economies and boosting local tourism.

"A must see exhibition is Made in China, Australia, a Contemporary Arts Services Tasmania exhibition which presents works by Chinese Australian artists exploring how the process of acculturation has impacted on the artist's work.

"This exhibition is particularly timely given the recent release of the Australia in the Asian Century White Paper and builds on Australia's cultural exchange and engagement with Asian nations."

Funded under the Australian Government's Visions of Australia and Contemporary Touring Initiative programs, the grants will provide for 11 exhibitions to tour Australia, including many regional destinations, and six exhibitions to be developed for touring.

The 17 exhibitions to receive funding are:

Design for touring
$88,663 for JamFactory Contemporary Craft and Design to tour Stephen Bowers: Beyond Bravura to South Australia, Queensland, New South Wales, Tasmania, the Australian Capital Territory and Victoria.
$46,180 for the Ian Potter Museum of Art to develop The world is not a foreign land: new perspectives in contemporary Indigenous practice for touring.
$72,420 for the Australian War Memorial to tour After Afghanistan - Ben Quilty to New South Wales, South Australia and Queensland.

On 22nd August, Minister Crean announced the transfer of future rounds of Visions of Australia and the Contemporary Touring Initiative to the Australia Council.

Applications for funding for tours commencing from 1st July 2013 are now open through the Australia Council.

For more information go to http://bit.ly/TDAH1Z