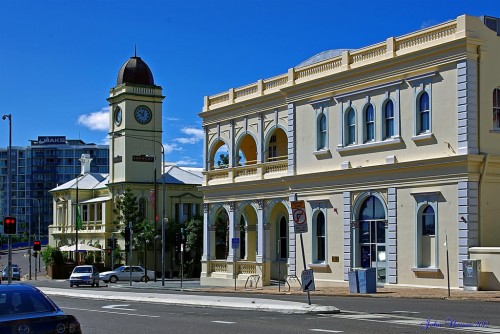 Townsville City Council’s decision to sack the Curator and Manager of the city’s Perc Tucker Regional Gallery has led to benefactors of city’s art galleries threatening to end their financial support.

At the end of last month, Townsville City Councillors passed an independent report by consultants the Nous Group, recommending a leaner structure to the organisation and the merging of two levels of management.

As a result, Shane Fitzgerald was told his position as Manager of Townsville City Council’s Gallery (which includes the Perc Tucker Regional Gallery and Pinnacles Gallery) had been made redundant.

He was given two days notice to clear his desk.

Other executive jobs will be lost as a result but the final number will not be made public until after a consultation period is completed.

Fitzgerald’s position was the only specific role that the report recommended be cut with his duties set to be absorbed in another council manager’s responsibilities.

Fitzgerald had been widely credited with driving the success of the Council’s Galleries which, in 2013/14 attracted 283,161 visitors, a much higher gallery attendance than comparably-sized regional cities around Australia.

In 2014, the Council released a 50-page report Culture Matters which said that attendance for cultural events in Townsville vastly outnumbered others such as sports.

It advised “there’s a social dividend in investing in the cultural and creative sectors with the return in strengthening our underlying values of inclusiveness, openness and democratic practice.

“There’s another benefit from investing in the arts and artists to build a rich cultural life: the economic dividend.”

Among objections to the sacking, art dealer and philanthropist Philip Bacon has pledging to pull funding from the Galleries if it goes ahead. 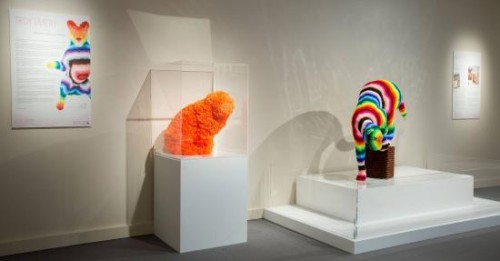 Bacon told the Townsville Bulletin “(this is similar to) the catastrophe the Newcastle council visited on its highly successful gallery when it embarked on the same course.

“In that instance, I was just one of many philanthropic people and organisations that immediately withdrew support, a $500,000 gift in my case, and the same will happen now with this situation.

“Shane had attracted promises of huge ongoing philanthropic support, in both immediate funding and bequests. This will now be lost.

“I will not be continuing my support, and nor will the coterie of like-minded supporters who have come on board because of Shane.”

Bacon said he was shocked by the decision, adding “it is a retrograde and foolish step, and has never worked in any situation that I am aware .

“Shane has taken the Perc Tucker to another level of professional and entrepreneurial success – an institution punching well above its weight.

“Because of his vision and salesmanship he was attracting shows and visitation unseen before.

“The wider arts community of Australia will look with dismay at this neutering of the professional management at the gallery.”

Philanthropist Tim Fairfax, Chairman of the Tim Fairfax Family Foundation, has wrote to Townsville Mayor Jenny Hill on 11tth October reminding her that last year the Foundation gave $48,000 to the Gallery to help stage a “flagship exhibition” ‘Strand Epehmera’ schools program based on the “Trustees confidence in the vision and leadership of Shane Fitzgerald”.

Fairfax wrote “it is difficult to reconcile how such a driving force who has raised such a great deal of community and other support for the arts in Townsville, could be made redundant without any consultation or consideration of the myriad of hard won stakeholders who are now invested with Townsville through strong relationships diligently and thoughtfully fostered by Shane Fitzgerald.”

The Council may well be responsible for the multi-million dollar annual operational costs of the new venue after it opens in 2020.