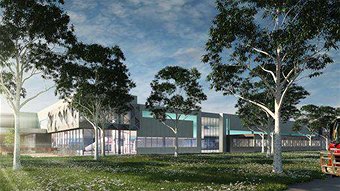 The City of Great Bendigo has voted to approve plans for a new 50 metre swimming within the planned Greater Bendigo Indoor Aquatic Leisure and Wellbeing Centre in the southern Bendigo suburb of Kangaroo Flat.

Agreed last week by a narrow vote of 5-4 of the Council, the $30 million facility will be based on 50 metre pool, along with a spa, lap pool, water slide, splash park, toddler and learn-to-swim pools, creche, cafe, multipurpose room, wellness centre and stadium seating.

With the Council having originally planned a 25 metre pool for the site, an extensive community campaign battled for the inclusion of an Olympic sized pool as the centrepiece of the facility.

The decision fulfils the objectives outlined in the Council’s 2010 Aquatic Facilities Strategy, which recommended a new aquatic centre be built in Kangaroo Flat to serve the local community and wider region.

Bendigo Mayor Peter Cox voted against the extended pool, but conceded defeat, telling the ABC “it's going to be a wonderful complex; over 400,000 people will use it each year.

“My personal view doesn't come into it now as mayor. We've had the debate, we move on and progress this project.

"Overall councillors decided to proceed with this particular project. It's not just about a swimming pool; it's a state-of-the-art complex; it's a health and wellbeing centre. It caters for children with a learn-to-swim pool and a splash park.

"It caters for swimmers with a large pool; it caters for elderly people with a hydrotherapy pool.

The Council has budgeted $13 million for the facility, with the Federal and Victorian Governments to be asked to make up the shortfall.