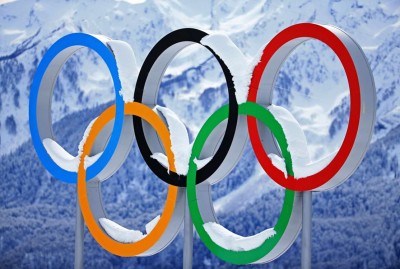 The China Olympic Committee (COC) has announced that it is to submit a joint bid from Beijing and the northern Chinese city Zhangjiakou to host the 2022 Winter Olympics and Paralympics.

The COC revealed that Beijing, host of the 2008 Summer Olympics and Paralympics, would hold the ice sports, while Zhangjiakou would host the snow sports with Beijing sports authorities believe that their experience of hosting the Games in 2008 will give them an edge in the 2022 bid.

"Take the Capital Stadium as an example, it has about 10,000 seats (but we will) need a speedskating venue."

Issues concerning the distance between Beijing and Zhangjiakou, which is around 200 kilometres north-west of the capital in the Hebei Province, were answered with the announcement of a new inter-city express railway, which is to be built between the two cities.

Construction of this inter-city express railway is said to begin at the end of this year, with the travel distance set to be around 40 minutes.

Zhangjiakou, known as 'Beijing's Northern Door' has a population of nearly five million. Located in the northwest part of Hebei Province, the region is defined by mostly rough terrain created by the Yin Mountains an area in which ski resorts are being developed.

Explaining the bid, a COC statement read "the China Olympic Committee believes that Beijing and Zhangjiakou have the natural conditions and infrastructure to successfully host the Winter Olympics.

"The bid to host the 2022 Winter Olympics will further improve the development of the Chinese Olympic cause, display the comprehensive power of China and push forward the coordinated development of the economies of the two cities."

The Chinese bid may be affected by Pyeongchang in South Korea hosting the 2018 Winter Games and Tokyo the 2020 Summer Olympics and Paralympics with Li acknowledging "there is a rotation rule, though unwritten, in the bid.

"Since Pyeongchang won the 2018 bid, Beijing as another Asian city will face a daunting task to beat the odds (but) I would say anything is possible.

"Even if Beijing loses this time, we will continue our efforts in the future."

The International Olympic Committee (IOC) has set the bid application deadline for 14th November, with the host city election due to take place at its Session in Kuala Lumpur in July 2015.

Kazakhstan's Almaty has already submitted its bid for the 2022 Games, with bids also anticipated from the Ukrainian city of Lviv, the Norwegian capital Oslo, Munich in southern Germany and a joint bid between Slovakia's Low Tatras and the Polish city of Krakow.

China has bid previously for the Winter Olympics. The northeast city of Harbin failed to make the short list of finalists in the race for the 2010 Winter Games, which were awarded to Vancouver.