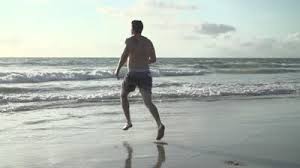 Myths surrounding the bronzed, surf-savvy Aussie may be killing Australian men, who are nine times more likely to drown than women during a seaside trip, according to a new report from Surf Life Saving Australia (SLSA).

As SLSA spokesman Matt Thompson explained at the launch of the 2009 National Coastal Safety Report "men just never seem to learn when it comes to surf safety."

Highlighting that young men are most at risk with those aged between 30 and 39 recording the highest number of deaths, Thompson added "arrogance, bravado and an inflated sense of their surf swimming ability are a lethal combination and the statistics speak for themselves.

"Men need to learn the limits of their ability.

"We have a goal of reducing drowning deaths by half by 2020 which is ambitious but, we believe, achievable. Clearly, men are one of the main targets and we hope these figures will shock them in to changing their behaviour at the beach. Safely negotiating rips is a major area that we hope to educate the public in and you will see this throughout the summer."

The report also found a massive increase in shark encounters off popular beaches, with 20 reported incidents so far this year, which does not bode well for the busy summer months ahead.

Among the other key findings, the report found:

• There was a total of 94 coastal drowning deaths in 2008/09 â this is an increase of six on the previous year and higher than the five year average of 87 (men accounted for 88% of these drowning deaths);
• 23,075 rescues in total were carried out, 1,322,212 preventions occurred, first aid was administered on 69,013 occasions and there were 87 resuscitations;
• 44% of those who drowned lived less than 10 kilometres from the coastline and 36% drowned less than 10 kilometres from their place of residence
• Four drowning deaths were confirmed as being international tourists;
• There were 24 non-drowning deaths (many involving heart complications or accidents);
• There was not a single drowning death recorded of people swimming between the red and yellow flags.

For the first time the report features data from local government lifesaving services which indicates that lifesaving activity around the coastline has been significantly under-reported in the past. Whereas the number of rescues previously reported in the National Coastal Safety Report has tended to fluctuate between 10,000 and 13,000 annually, the inclusion of local government data suggests that the 2008-09 figure was more than 23,000.

For more information go to www.slsa.com.au/site/_content/resource/00003104-docsource.pdf