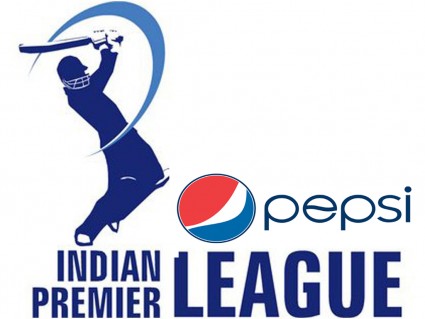 The Board of Control for Cricket in India (BCCI) has announced that PepsiCo will become the new title sponsor of the Indian Premier League (IPL), with a new five-year deal worth double the amount paid by the Twenty20 competition's inaugural sponsor DLF.

The BCCI revealed that it had received two eligible bids for the rights, with the soft drinks giant triumphing with an offer of Rs3.968 billion (US$72 million) for the five seasons commencing in 2013.

The BCCI began its search for a new title sponsor for the IPL after DLF announced in August that it would not seek to extend its lucrative contract.

Announcing the sponsorship BCCI Marketing Committee Chairman Dr Farooq Abdullah stated "the BCCI is very pleased to welcome PepsiCo as a central partner of the IPL. The value of the winning bid reflects the growth and success of the IPL."

The involvement of DLF, India's largest real estate company, was among the many big-money deals sealed by former IPL chairman Lalit Modi ahead of the League's launch in 2008. However, after investing Rs2 billion ($36.3 million) over the five-year duration of the contract, DLF Group Executive Director Rajeev Talwar said that the company had elected to move its sponsorship budget into other sports.

The BCCI's improved deal with Pepsi has been announced while many commentators are suggesting that the IPL's brand has deteriorated amid falling television ratings and controversies within the League.

India's Business Standard newspaper reports that telecommunications firm Airtel was the other bidder in contention for the title sponsorship, adding that BCCI officials had expected to quadruple the fee it received from DLF.

IPL Governing Council Chairman Rajeev Shukla added "PepsiCo are one of the largest sponsors in world sport and we look forward to working with them over the next seasons. I would also like to take this opportunity to thank DLF for its confidence in the IPL to become the league's first title sponsor in 2008."