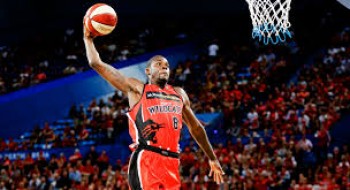 Basketball Australia has commenced discussions with NBL Clubs about the next step in the growth of the National Basketball League (NBL).

"The NBL is back on free-to-air TV with Network Ten; fans now enjoy for the first time in the League's history access to every game live and on-demand through the NBL.TV digital platform; and the Sydney Kings have returned to the competition.

"Importantly, game attendance and TV viewership statistics are poised for a fourth consecutive year of growth.

"Much of this progress is a result of the NBL Strategic Plan, which has set forecast targets for 2014/15 and identified short to medium term strategic priorities and key actions.

"While the NBL is on track to meet attendance and membership targets, the reality is that there is more we can do to grow the League particularly when it comes to expansion in major metropolitan markets, television viewership and financial return to our Clubs."

Keneally explained that Basketball Australia board ave resolved to produce a 'White Paper' examining options for the future strategic growth of the NBL.

The NBL White Paper will build on the NBL Strategic Plan, defining and evaluating further strategic options with the aim of arriving at a clear direction endorsed by the Board and the NBL to give the League the best opportunity at financial success.

The Board of Basketball Australia will use the White Paper process as a means to consult stakeholders, including NBL Clubs, the NBL Commission, the NBL Players Association, State Associations, WNBL clubs, basketball fans, government and media.

Keneally said the White Paper would help build on the NBL's recent gains while putting the League firmly on a path for financial success.

She added "put simply, the White Paper is about building a stronger National Basketball League.

"The first step in the process will be to consult NBL Clubs, State Associations, the NBL Players Association and WNBL Clubs about the draft outline for the White Paper.

"At this early stage, we are consulting stakeholders to ensure we gather feedback and incorporate their suggestions before the White Paper is drafted.

"I anticipate that future steps in this process will involve public feedback from fans as well."

Basketball Australia will use formal and informal feedback mechanisms to gauge and collect information, including face-to-face meetings with NBL Clubs.

The Board of Basketball Australia is aiming to make decisions that allow implementation in 2013/14 and 2014/15.