Basketball Australia calls for retention of ‘No School No Play’ program 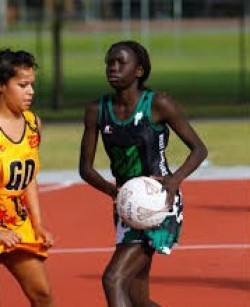 Basketball Australia is calling on the Federal Government not to scrap its highly successful 'No School No Play' program - which has improved school attendance rates among participants by up to 90%.

Appearing before the House of Representatives' Inquiry into the Contribution of Sport to Indigenous Wellbeing and Mentoring, Basketball Australia Chief Executive Kristina Keneally last week called on the Government to keep funding the program at a cost of $2 million over two years.

Keneally explained "'No School No Play' has made a profound impact on the lives of hundreds of students right across Australia.

"On top of that, we've been flooded with reports from teachers and students alike about the immeasurable social benefits of the program: encouraging healthy lifestyles, a growing sense of self-worth and confidence and the discipline to stick with both sport and school.

"If the Federal Government pulls funding for No School No Play now – after two highly successful and rewarding years – the results could be disastrous for many disadvantaged communities, particularly in regional areas."

Keneally (pictured below) said the latest sports participation data released by the Australian Bureau of Statistics in October 2012 was proof the Government should put further funding behind proven participation programs.

She added "basketball has bucked the national trend and grown its already strong participation base among children even further - shooting up 7.9% over the last three years, and 25% over the last six years.

"Yet between 2009 and 2012, nearly all other major participation sports – including cricket, swimming, netball, tennis and Australian Rules Football - suffered a decline in participation levels.

"That's testament to the strength and effectiveness of Basketball Australia's grassroots children's participation programs such as No School No Play and Aussie Hoops.

"We know that keeping children in school means giving them the best possible start in life – and No School No Play has proven that sport is a powerful motivator in keeping students in class.

"Overwhelmingly, we see children across Australia continue to engage with basketball. That's reason enough for the Government to put funding behind our proven participation programs – so we can continue to encourage even more students to lead healthy and active lifestyles." 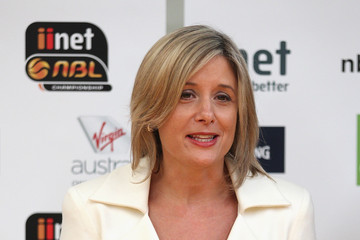 No School No Play

• Basketball Australia runs five different 'No School No Play' programs in Australia: Northern New South Wales, Western Sydney, the Northern Territory, South Australia and Tasmania.
• Three of those programs have been exclusively funded by the Federal Government's Department of Education, Employment and Workplace Relations, while two further programs rolled out by Basketball Australia have been funded by community support.
• The program involves more than 30 schools across the country, including 750 students from years seven to 10.
• In 2011, 80% of participants improved their engagement at school.
• In 2011, 90% of participants improved their number of days attended at school.
• On average, schools in the 2011 Coffs Harbour program improved their attendance by at least 25% per term.
• 2012 attendance numbers and data for Western Sydney are yet to be comprehensively collated as the program is still running, but so far all schools are above 60% attendance – compared to 40-45% before the program.
• In 2010, the Federal Government announced $2 million to fund No School No Play until the end of 2012.
• In October 2012, the Government wrote to Basketball Australia confirming no further funding would be supplied.

The Children's Participation in Cultural and Leisure Activities Survey

• The latest sports participation data from the Australian Bureau of Statistics - released in October 2012 - shows basketball has defied the national trend and continued to grow its already strong participation base among children.
• The Children's Participation in Cultural and Leisure Activities survey collected information on participation in sport, cultural activities and use of technology for children aged between five and 14.
• Overall, the study found that 42,000 fewer Australian children are playing organised sport than three years ago.
• However, basketball participation for five to 14 year olds jumped from 201,900 in 2009 to 220,200 in 2012 - that's an increase of 7.9%, or 18,000 participants.
• Since the 2006 version of the ABS study, basketball participation among children has grown by almost 44,000 children - that's 25% in six years.
• The same study found nearly all other major participation sports – including cricket, swimming, netball, tennis and Australian Rules Football – suffered a decline in participation levels between 2009 and 2012.