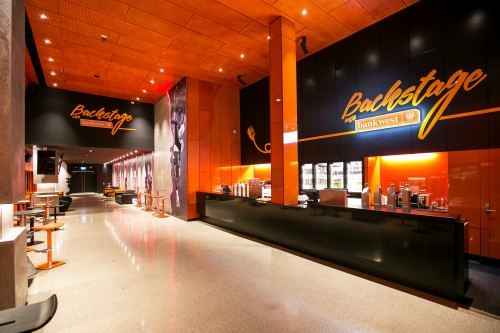 Bankwest has agreed an innovative new, three-year partnership with Perth Arena that will enable Bankwest customers to access a new lounge, ‘Backstage with Bankwest’, at the venue.

Bankwest customers will also receive a 10% discount off all food and drink at most events by paying with their Bankwest Mastercard.

Commenting on the partnership, Bankwest Managing Director Rowan Munchenberg stated “Bankwest is strengthening its commitment to Western Australia and our customers Australia-wide will experience tangible benefits and rewards from this new partnership between two iconic WA institutions.

“We are also excited about offering early bird ticketing options and even access to some backstage, meet-and-greet ‘money can’t buy’ experiences to our customers.

“Bankwest has a long and proud history of supporting our customers and the WA community and this partnership reaffirms our commitment to our home state.”

Perth Arena General Manager Michael Scott described Bankwest as the perfect partner for the venue, which is owned by VenuesWest and managed by AEG Ogden.

Scott added “not only is Bankwest the current Money magazine bank of the year, but it has a long and proud history in our state. Naturally Bankwest was our first choice as partner for a venue owned by the people of Western Australia.

“The commitment of Bankwest to its home state is unwavering and this partnership provides great benefits to customers, our hirers and fans.

Bankwest joins other popular brands including RAC WA, Heineken, iiNet and Coca-Cola as the latest major partner of Perth Arena.

The partnership commences this week as Jerry Seinfeld performs live in Perth for the first time in front of a capacity crowd.