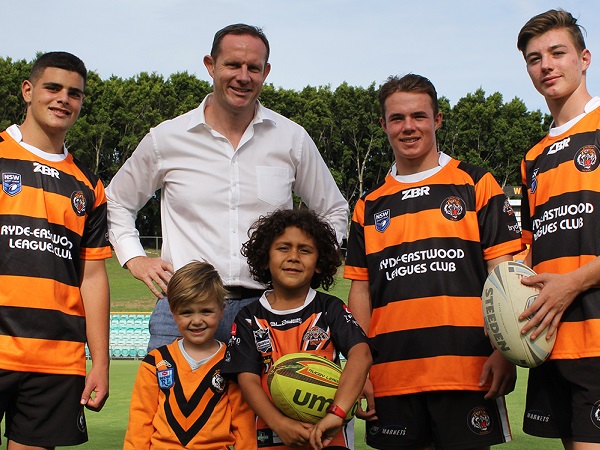 Members of both Wests Ashfield and the Balmain Leagues Club have voted to endorse a historic merger of the two Clubs.

The positive vote, taken at the end of last month, brings both sides of the Wests Tigers franchise together in a united front that will keep both Clubs’ identities alive while securing the future of the joint venture NRL Club.

Mayor Byrne explained "the merger between both clubs is a historic step that unifies all shareholders in Wests Tigers into the future.

“Wests Ashfield deserves enormous credit for developing this agreement, which is commercially advantageous for their Club, keeps the Balmain Tigers alive and unifies Wests Tigers.”

The merger, which has also been endorsed by Heworth, owners of the former Balmain Leagues Club site, includes:

• Balmain Tiger directors remaining on the board of Wests Tigers.
• The amalgamated club establishing a Tigers Leagues Club within the redevelopment of the Rozelle site.
• A five-year commitment to provide funding for the Balmain Tigers Rugby League Football Club and Balmain Tigers Junior Rugby League Club.
• Wests Ashfield accepting responsibility for the outstanding loan repayments that were owed to the NRL by Balmain Tigers.

Despite this breakthrough, the future of the former Balmain Leagues Club site remains in doubt with the NSW Government still working behind the scenes to compulsorily acquire the site, to use as a large scale tunnelling site for the proposed Western Harbour Tunnel.

Mayor Byrne added "the very survival of the Tigers depends on preventing the State Government from snatching this site. The compulsory acquisition of the property would leave the Tigers without a home or cent of compensation.

“We have done everything in our power to ensure the best outcome for the former Balmain Leagues Club, now it’s over to the State Government to do the right thing and cancel plans to acquire the site.”