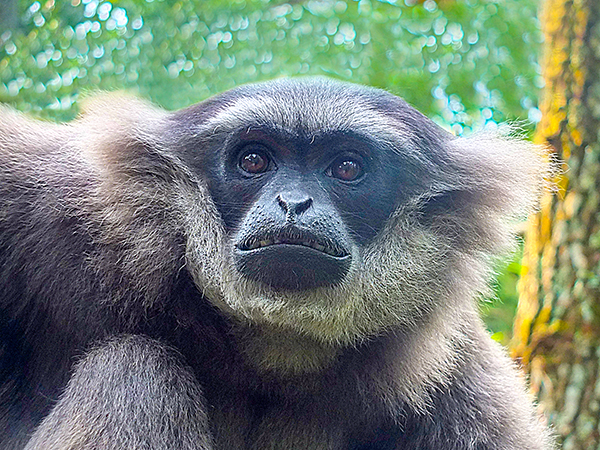 Bali Zoo, home to numerous Indonesian and non-native fauna, has advised that its successful breeding program has seen a nine year old male gibbon named Boris, released into the wild.

One of the zoo’s main aspirations is a breeding program that releases endangered species  back into their habitat in the wilderness. Bali Zoo is an ex-situ conservation institution that cultivates a role in protecting the continuity of Indonesia's fauna, primarily in its ability to breed rare animals such as the silvery gibbons (Hylobates moloch) outside of their original habitats. The native habitat of the silvery gibbons is West Java with estimates indicating that less than 2,500 mature individuals remain in the wild.

Boris was translocated from Bali Zoo to Great Association of Natural Resources Conservation West Java (BBKSDA Jawa Barat), in which he was cared for by Java Primate Rehabilitation Center -The Aspinall Foundation, an NGO that actively conserves Javan Gibbon and other primates. Bali Zoo named this project "Silvery Gibbon into the Wild" and made it part of Bali Zoo's conservation project.

Joining him at the breeding program on 9th October 2018 was a female silvery gibbon named Inge. They were arranged to mate on 4th January 2019. After less than a year at The Aspinall Foundation, Boris successfully passed all trainings and underwent a medical check-up. Together with Inge, he was officially released on 25th July 2019 in Situ Patengan Nature Reserve in West Java. Both of them looked extremely excited to go back to their natural habitat.

Lesmana Putra, Bali Zoo's General Manager advised: "Bali Zoo hopes that the success of this project will increase the population of the Silvery Gibbons in West Java. Conserve is always one of the three mottos of Bali Zoo, and with this project, Bali Zoo believes that this will be an encouragement to conserve more species, preserve the wild ecosystem, raise public's awareness about endangered animals, and decrease the level of hunting and poaching."

The Silvery Gibbon into the Wild was not the first conservation project that Bali Zoo has done. The first was in May 2016, when Bali Zoo released 50 Oliver Ridley baby sea turtle into the sea. The project continued when Bali Zoo released nine Javan porcupines to Pura Batu in Silakarang, Tabanan, and five Javan deer to West Bali National Park.