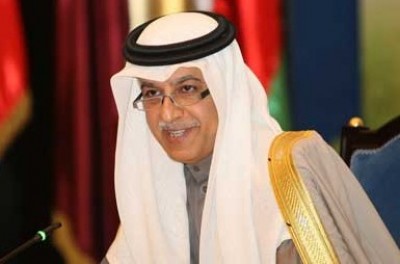 A failed election campaign for the Presidency of world football governing body FIFA by Sheikh Salman Bin Ibrahim Al-Khalifa has further tarnished the image of his native Bahrain as well as his own reputation.

James M. Dorsey sees FIFA’s election result as offering a cautionary tale for Middle Eastern, North African and other autocrats who see sport as a way to project themselves more positively on the international stage.

Sheikh Salman, who was defeated in Friday’s election by Union of European Football Associations (UEFA) Secretary General Gianni Infantino despite being the frontrunner, was dogged during his campaign by allegations of having been involved in the detention in 2011 of a large number of national soccer team players, athletes and sports executives who were abused and tortured during their arrest. The athletes and officials were being targeted for participating in a peaceful popular revolt that was brutally squashed by Saudi-backed security forces.

The silver lining in Sheikh Salman’s defeat is that it has likely spared him and Bahrain further reputational damage. Sheikh Salman’s presidency would have been mired from day one in questions and critical media reporting of his human rights record and management in the past of the Bahrain Football Association (BFA) and the Asian Football Confederation (AFC), which he still heads.

Bahrain and Sheikh Salman’s public relations fiasco would have likely gone from bad to worse.

Sheikh Salman has repeatedly denied the allegations but has refused to address contradictions in his own statements as well as major discrepancies in his version of events and that of the government as reported by the Bahrain News Agency (BNA), an official organ of the Bahrain regime that only publishes officially sanctioned stories.

Instead he hired a London-based law firm, Schillings & Co, at huge cost to unsuccessfully stop through intimidation major publications from running critical stories about Sheikh Salman and other members of Bahrain’s ruling family involved in the Gulf state’s tight political control of sports. Bahrain and Sheikh Salman’s reputations have emerged from the FIFA election campaign more tarnished than they already were. 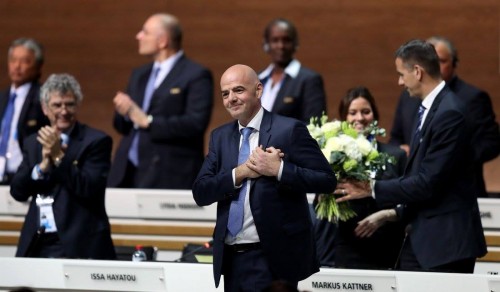 Qatar’s experience after winning in 2010 the hosting rights for the 2022 FIFA World Cup could have served Bahrain and Sheikh Salman as a warning. Qatar has suffered significant reputational damage as a result of allegations of wrongdoing in its bid campaign and criticism by trade union and human rights activists of the living and working conditions of migrant workers, who account for the majority of the Gulf state’s population.

The lesson to be learnt from Qatar is not that autocratic states and autocrats with skeletons in their closets should not run the risk of getting involved in the management of international sports or the hosting of mega events. Qatar’s experience shows that serious engagement with critics can earn autocratic states the benefit of the doubt if they demonstrate that they are serious about addressing issues that have put them in the firing line. Qatar has engaged with its critics but has yet to convince them of its sincerity. Neither Bahrain nor Sheikh Salman were willing to follow Qatar’s example.

Sheikh Salman’s failed election campaign contains one more silver lining. His reputational issues would have clouded a far more fundamental power shift in international sports from West to East had he succeeded in becoming FIFA President.

His defeat by a Swiss-born European sport administrator only temporarily extends Europe’s traditional grip on the sport; it does not derail the inevitable broadening of power sharing in world soccer. Sheikh Salman’s troubled relations with the media and refusal to seriously address legitimate questions would have made him the wrong man to symbolize the power shifts that are taking place.

More fundamentally, Sheikh Salman’s defeat by a European does not indicate a break in FIFA’s long-standing instinctive preference for autocratic, non-transparent, unaccountable structures. Rather it suggests a choice for a representative of the world’s most successful football leagues who will implement a reform package adopted at the extraordinary congress that elected him but will not fundamentally alter structures that sparked the worst governance crisis in football history. Scores of senior officials have been arrested, indicted or suspended on corruption charges amidst judicial investigations in the United States and Switzerland.

To be fair, Sheikh Salman would have followed a similar course similar to that Infantino is expected to embark on. In contrast to Infantino, Sheikh Salman, however, would have stood out as a symbol of the perpetuation of FIFA as a pillar of autocratic rule, particularly in the Middle East and North Africa where soccer is an important tool in the maintenance of dictatorships and efforts by states to project themselves on the international stage in a more positive light.

By the same token, there is little doubt that Europe certainly rallied around Infantino out of fear that Sheikh Salman would shift the anchor of world soccer away from Europe that has dominated the game since its inception. Sheikh Salman implicitly acknowledged that fear by insisting that, if elected, he would not move FIFA’s headquarters out of Zurich. Many in Asia and Africa are concerned that Infantino will reinforce Europe’s grip on the game.

FIFA’s autocratic instincts were put on public display when the head of the group's ad-hoc electoral committee, Domenico Scala, who also authored the soccer body’s reform package, reprimanded presidential candidate Prince Ali bin Al Hussein of Jordan for criticising Sheikh Salman’s failure to stand-up for soccer players in 2011 who were on his watch arrested, abused and tortured for participating in peaceful, mass anti-government protests.

FIFA has moreover never used its insistence on the fictious notion that sports and politics are separate to caution Sheikh Salman and others against mixing the two. Sheikh Salman last year used his position as AFC president to create opportunity to try to put Bahrain positively on display by moving the confederation’s congress from AFC headquarters in Kuala Lumpur to Bahrain.

FIFA was also silent when Sheikh Salman manipulated electoral procedures during the congress that Sheikh Ahmad Al-Fahad Al-Ahmed Al-Sabah, a Kuwaiti politician, IOC member and head of the Olympic Council of Asia, got the FIFA executive committee seat he wanted. Mr. Ahmed is widely viewed as one of the most powerful men in international sports.

FIFA last year suspended Kuwait, in conjunction with the International Olympic Committee (IOC) and other international sports associations, on allegations of government interference even if the Kuwaiti dispute has everything to do with a power struggle within the Gulf state’s ruling family. At the centre of that struggle is Sheikh Ahmed.

James M. Dorsey is a senior fellow at the S. Rajaratnam School of International Studies, co-director of the University of Würzburg’s Institute for Fan Culture, and the author of The Turbulent World of Middle East Soccer blog and a forthcoming book with the same title.