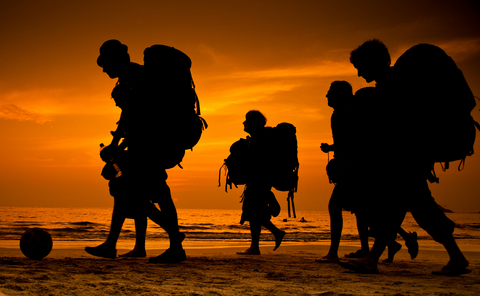 While tourism groups have given a cautious welcome to the Federal Government’s decision to amend its plans to impose a 32.5% tax on backpacker workers, industry bodies say the changes will cost jobs and are a “blatant cash grab”.

The Tourism & Transport Forum Australia (TTF) has said the decision to reduce the proposed 32.5% backpacker tax to 19% is a step in the right direction to fixing the problem but feels the hiking of the Passenger Movement Charge is unacceptable to the industry.

TTF Chief Executive Margy Osmond stated “it is outrageous situation that the Federal Government continues to view the tourism industry as a cash cow.

“While I am very disappointed that the Federal Government wishes to push ahead with the backpacker tax, 19% is a hell of a lot better than 32.5%.

“TTF will be continuing our dialogue with other political parties as the legislation for this tax is introduced to the Parliament.”

Hall explained “any increase on the charges for travellers will result in fewer leisure visitors coming to Australia.

“Every lost international visitor results in a loss of $2,560 in visitor expenditure.

“If 0.5% of people who would have travelled to Australia are put off by the higher airfares, it would result in a loss of 4,400 visitors, $11 million and 80 jobs per year.

“Tourism is an export in a highly competitive international market, and every time you tax an export you lose to other markets.”

“Both of these types of visitor travels to regional areas, and taxing them with result in a reduced number of visitors, reduced expenditure and a loss of jobs.

“While a 19% tax rate is better than 32.5%, it will still have a detrimental impact on the tourism industry.”

The Australian Hotels Association (AHA) and Tourism Accommodation Australia (TAA) welcomed the increase in the age limit for Working Holiday Makers from 30 to 35, and the reduction in the WHM visa fee from $440 to $390, measures that TAA had strongly advocated for a number of years.

Tourism Accommodation Australia Chair Martin Ferguson stated “AHA and TAA made a strong submission to the Federal Government arguing that the tax hike would provide a major disincentive to working holiday makers at a time when the industry was already experiencing shortages, particularly in regional and remote areas.

“We would have preferred a complete removal of the tax increase, but this is offset by the reduction in visa charges and also the increase in the age limit for working holiday visitors.”