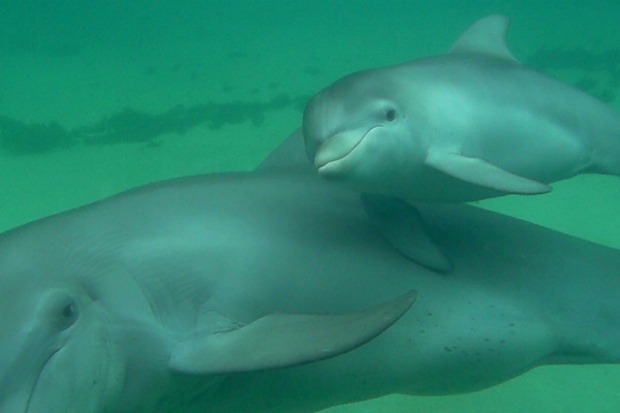 Sea World has welcomed a new baby to its dolphin family with the birth of an Inshore Bottlenose dolphin in February.

Hallie, a 14 year old female Bottlenose dolphin gave birth to a female calf, approximately 80 centimetres in length and weighing 12 kilograms at the beginning of February.

Six weeks on, the young calf is doing well, and has been observed swimming strongly and suckling milk from its mother.

The yet to be named calf is the first female dolphin born at Sea Worlds Dolphin Bay in ten years.

Director of Marine Sciences Trevor Long said that it was wonderful to have a new Dolphin calf at Sea World and the trainers are very excited to have a baby girl to care for.

The Sea World dolphin breeding program is one of the worlds best and showcases how the extensive natural sandy bottom lagoon systems promote social interaction, breeding and nursing by the dolphins, he said.

Sea World visitors can see the new mum and calf in the parks Dolphin Nursery pools located opposite the Sea Lion theatre.