Announced yesterday (8th August) during a breakfast at Perth’s Optus Stadium, the biennial awards acknowledge and reward those who have played a crucial role in the development and ongoing management of the sport and recreation industry.

The awards highlight the extensive work done behind the scenes from organisations right across the community, including not-for-profits, local governments, clubs, associations and sports.

Royal Life Saving WA’s receipt of the Leadership Award was based on its work to combat CaLD communities being over-represented in drowning statistics.

With many new arrivals to Western Australia having poor or non-existent swimming and water safety skills, Royal Life Saving WA established a Multicultural Steering Committee to gather the collective knowledge of cultural groups including the Chung Wah Association, the Indian Society, settlement agencies including ISHAR and Communicare, as well as state and local government, to better understand the barriers, cultural understandings and adaptations needed to increase water safety skills and participation.

Aiming to help many of the 700,000 migrants living in Western Australia acquire swimming and water safety skills, Royal Life Saving facilitates the Steering Committee’s collective purpose, provides social support to committee members and organises opportunities for team learning. The benefit of this leadership approach has been greater engagement and activation by participating organisations, swift coordination and program innovation. 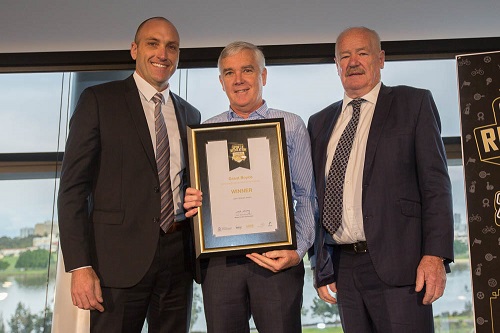 There were more than 70 entries, and the winners of the 2017/18 Sport and Recreation Industry Awards are:

Commenting on the Awards, Western Australia Sport and Recreation Minister Mick Murray stated “congratulations to all the award winners. These awards play an extremely important role in ensuring WA continues to be one of the world's best places to live and enjoy a healthy and active lifestyle.

"The finalists also showcase the exciting emergence of stronger partnerships between sports and stakeholders, and the innovative research and planning taking place to keep the sector strong.

"These people have dedicated much of their lives to ensure the sport and recreation industry continues to contribute to the health, wellbeing and quality of life of so many people.

"In particular I would like to acknowledge Grant Boyce, the winner of the prestigious John Graham Award, presented to individuals for exceptional, long term commitment to sport and recreation."