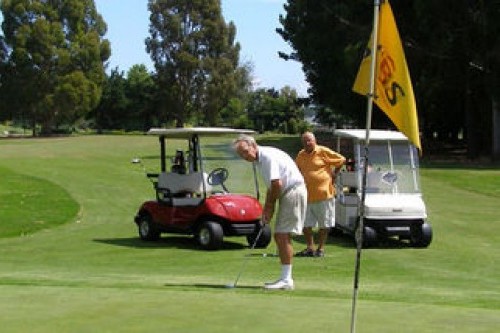 The Motueka Golf Club has been named Holden Club of the Year at the New Zealand Golf Awards with their 23% growth on membership in the past three years anchoring their success. The club also promotes the growth of the game by supporting a local professional to visit all schools in the region and to deliver after school coaching session once a month.

Receving the Award, Motueka Golf Club President Peter Johnson stated “we are incredibly proud of this award and we didnt think we had too much of a chance until we started putting together the application, then things started sounding pretty good all of a sudden.

“We have been working very hard and will have champagne ready to go for everyone as they walk off the golf course today.”

Motueka Golf Club has actively grown sponsorship nearly doubling 2016 levels in 2017 and they have executed a strong She Loves Golf programme which has generated 20 new members since its inception.

Presented during round three of the 99th ISPS Handa New Zealand Open last weekend, the New Zealand Golf Awards also saw Allen Forrest receive the Holden Volunteer of the Year award for his efforts and contribution to the game of golf.

Better known as ‘Forrie’, he has been involved with the association in Hawkes Bay for over 30 years.

Forrie lives a two hour drive from where the majority of his golf meetings are held and is required to take this journey three to four times a week to fulfil his impressive duties.

After a superb year on the European Tour, Ryan Fox added another trophy to his cabinet after claiming the Mens Player of the Year and his coach, Marcus Wheelhouse was named the Coach of the Year as he continues to produce amazing results in all areas of golf and more importantly, at all levels and ages of the game.

World number 11, Lydia Ko took home the Womens Player of the Year award as she continues to show consistency on the biggest stage in womens golf, the LPGA Tour. 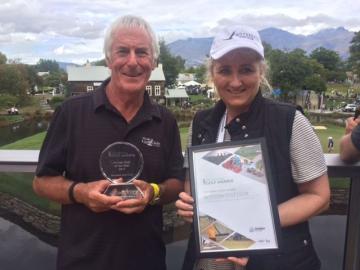 With 11 categories covering playing, delivering and administrating of our great game, the Awards celebrate excellence right across the industry.