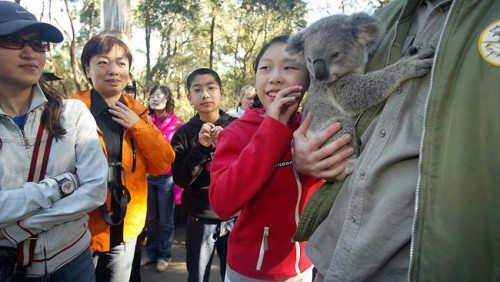 Australia’s tourism export sector continues to grow off the back of both traditional and emerging markets, with the latest International Visitor Survey showing a record $38.8 billion spend (up 11%) over the 12 months to September.

Strong growth was reported across most of Australia’s major markets. 15 of 20 markets had record visitor numbers during the year including New Zealand, China, the US, Singapore, Taiwan, Hong Kong, Indonesia, Malaysia, India, Germany, Scandinavia and Switzerland, France, Canada and Thailand.

Furthermore, China, the US, Korea and Japan were major contributors to the increase in spend for the year, contributing an extra 2.7 billion over the year (or 68% of the total increase).

The Chinese market continues to notch up record-breaking growth with 1.1 million Chinese tourists spending $9.1 billion (up 18%) and staying a collective 43.2 million nights (up 10%). 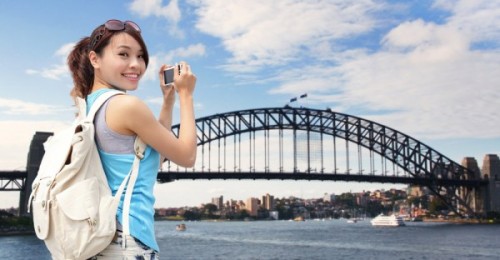 The growth in visitors arriving for holiday was reflected in strong increases in nights in hotels, motels and resorts, increasing 14% to 28.7 million. Nights in guesthouses, and bed-and-breakfast establishments grew 11% to 1.2 million.

When measured in types of travellers, growth was highest for family groups (parents and children travelling together) at 19% to 942,000 visitors. Adult couples and friends and relatives travelling together both increased 17% to reach 1.6 million and 822,000 respectively. Those travelling alone increased 7% to 3.8 million.

The Tourism & Transport Forum Australia (TTF) welcomed the figures but said it was only scratching the surface of the visitor economy’s full potential to deliver jobs and economic growth for Australia.

TTF Chief Executive Margy Osmond stated “I can’t think of a better early Christmas present that some fantastic growth numbers for the visitor economy and with the right partnership between government and industry this should only be the beginning.

“Tourism is a super growth sector for the Australian economy, but we do need a positive economic strategy for the sector that seizes the massive growth opportunities in the Asia-Pacific, while working to meet the challenges of the supporting infrastructure and workforce skills we need to take full advantage of it.”

Analysing the figures, the Australian Tourism Export Council (ATEC) have identified a weakening of previously strong markets points to the impacts of global influences. 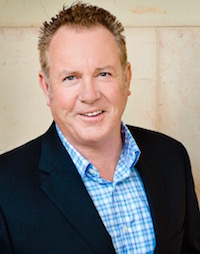 ATEC Managing Director Peter Shelley (pictured above) explained that “the IVS revealed some significant changes in our key tourism export markets over the past 12 months.

“We are seeing the re-engagement of traditional markets including USA and Japan combined with positive growth in the Korean market, reflecting a welcome broadening of the market mix.

“We are also seeing evidence of a decline in the rate of growth from the UK, which is one of our traditionally strong markets, reflecting the impact of Brexit, the decrease of the GBP and the negativity driven by the backpacker tax.

“The message is clear: while we have a compelling tourism offering we must recognise the potential impact of external influences on key markets and manage our exposure accordingly.”

Shelley said ATEC recently surveyed its members, taking an industry barometer on where export tourism is heading over the coming three years.

He added “ATEC’s Tourism Export Business Barometer reveals what is happening on the ground for export tourism operators today and into the future, and our members are expecting the most growth from China, the US, Singapore, Indonesia and India over the next three years.

“At our annual industry conference held in Canberra last week, discussions with the 400 delegates revealed industry sentiment is confident and strong with an expectation our success is set to continue.

“Whilst the forward projections remain very positive, the declining growth in a key market like the UK remind us that while this sector has enormous growth potential, we need to remove any impediments to travel to Australia and ensure we have adequate marketing investment by government to remain competitive in attracting international travellers.”