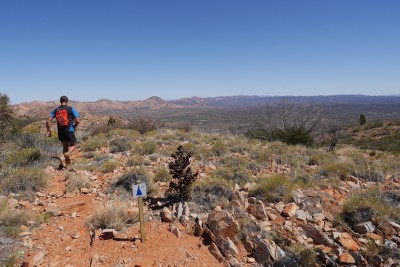 The new Run Larapinta Stage Race, a four-day, four-stage trail running race along the most spectacular sections of the Larapinta Trail in the Northern Territory will be held from 27th 30th August 2015.

The quality of the running along the Larapinta Trail, combined with the incredible setting in Australia’s Red Centre, the friendly camaraderie among runners and the awe of the outback will give all competitors an extraordinary event experience.

The Larapinta Trail is one of Australia’s most spectacular walking trails and trekking experiences as it traverses an iconic 223 kilometres route from the Historic Telegraph Station at Alice Springs to the lofty summit of Mt Sonder in the MacDonnell Ranges.

The trail is quickly emerging as one of Australia’s most popular and renowned treks and is well recognised internationally with travellers coming from overseas to experience one of Central Australia’s most unique and spectacular attractions.

Rapid Ascent General Manager Sam Maffett, is very excited to announce the new event, stating “Run Larapinta is a unique event to Australia and you won’t believe how magnificent the MacDonnell Ranges are and the peace and tranquillity that running in Central Australia gives you.

“There are endless k’s of beautiful trails that will allow runners to combine a love for trail running with a visit to one of the most spectacular destinations in Australia. We look forward to sharing the event with the global trail running population” said Sam Maffett. 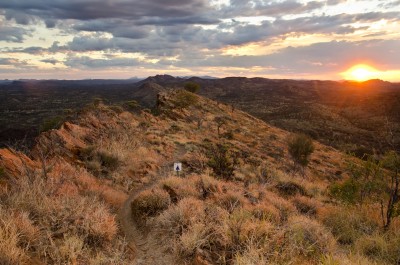 Northern Territory Chief Minister Adam Giles, Minister for Tourism and for Central Australia, said his Government is delighted to support such an enterprising initiative.

Chief Minister Giles added "by choosing a different section for each stage of the contest, the organisers will showcase the Larapinta Trail as ideal for trail running.

"The competitors and their support teams will make a significant contribution to the region, and we hope other runners will be motivated to come outside the event period."

Run Larapinta competitors can choose to do the full course or just select individual stages that suit your schedule, which is great for competitors’ partners, supporters and local competitors.

Event accommodation partners have been appointed and all race logistics can be provided - including race transport, social functions and race support.

For more information go to www.RunLarapinta.com.au