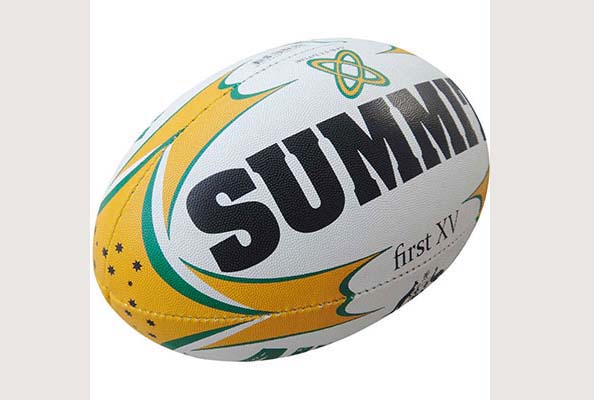 The codes have agreed to introduce policies consistent with the newly created Anti-Homophobia and Inclusion Framework by the end of August this year.

This is the first time in the world that all the major professional sports in a country will collectively commit to tackling discrimination based on sexual orientation through the implementation of inclusion policies.

Work on finalising the draft Anti-Homophobia and Inclusion Framework was undertaken by the Bingham Cup Sydney 2014 Organising Committee – the Bingham Cup being the world cup of gay Rugby, with the next Bingham Cup taking place in August in Sydney.

Explaining the move in rugby league, NRL Chief Executive Dave Smith advised that the NRL was committed to making everyone feel welcome in the game at all levels.

Smith advised said the NRL already ran an Indigenous Players Camp, Close the Gap round, Women in League round and other programs to demonstrate that everyone has a place in Rugby League.

Smith stated “our policy will make it clear that our game is for everyone.

“The NRL wants to be part of this campaign against homophobia.

“There is a place in our game for everyone, irrespective of race, colour, sexuality, gender, disability or anything else.”

Australian Rugby Union (ARU) Chief Executive Bill Pulver expressed his pleasure at seeing other sporting codes join in the commitment made by Australian rugby in August last year to develop policies that commit to tackling all forms of discrimination.

Pulver explained “the ARU was one of the first sports to commit to developing an Inclusion Policy.”

“Our new Inclusion Policy will be an extension of existing policies and will aim to ensure that Australian Rugby continues to be an environment where everyone involved is treated with respect and dignity.

“This is about reiterating our game’s strong values and creating a diverse and inclusive Australian Rugby community.

“Every individual, whether they’re players, supporters, coaches or administrators should feel safe, welcome and included, regardless of race, gender or sexuality.”

The adoption of the Anti-Homophobia and Inclusion Framework by August will coincide with the arrival of thousands of international gay rugby players, fans and media in Australia for the Bingham Cup.

Bingham Cup Sydney 2014 President Andrew Purchas thanked Australian Rugby for its leadership in committing to implement an Inclusion Policy last year, adding “the ARU’s immediate and absolute support for this initiative has been critical to its widespread adoption.”

“Australian Rugby has demonstrated strong and enduring support for the Bingham Cup, the Sydney Convicts Rugby club and the other gay Rugby teams around Australia.”

Australian Sports Commission (ASC) Chief Executive Simon Hollingsworth also congratulated the Bingham Cup Sydney 2014 Organising Committee on its work, stating “this is an important milestone for sport in Australia as the Bingham Cup 2014 will serve as a catalyst for change across the four major football codes and cricket regarding discrimination on the basis of sexual orientation.

“We want to see gay, lesbian and bisexual players, coaches, administrators and fans welcomed in our sports and want them to participate fully and freely in those sports.

“The ASC was keen to assist the Bingham Cup Sydney 2014 Organising Committee in finalising the draft.

“We have also been instrumental in an anti-homophobia in sport initiative that Play by the Rules has developed to take advantage of the Bingham Cup being hosted in Australia for the first time.”

The Bingham Cup is a three day international biennial rugby world cup tournament for gay and gay friendly rugby clubs that will be held in Sydney in August 2014. The tournament was established in 2002 with eight teams. There were 40 teams from 17 nations at Manchester in 2012.

Click here for more information on the 2014 Bingham Cup.