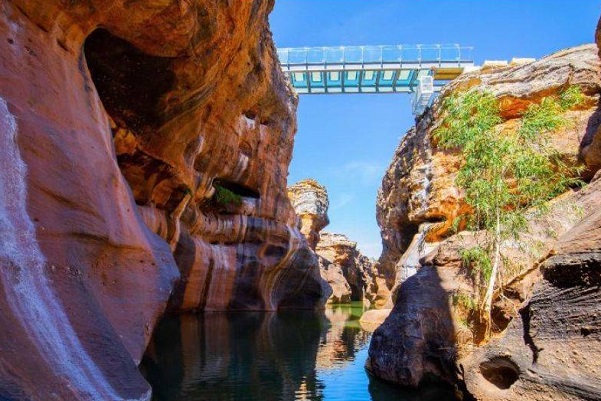 A new glass bridge at Cobbold Gorge in the Gulf Savannah region of north-west Queensland is one of the attractions expected entice visitors to the outback in 2020.

The 11-metre long glass bridge over the Gorge, 60 kilometres west of Forsayth, is the first ever bridge constructed with an entirely glass surface in Australia.

It provides visitors with 360-degree views of the gorge and provides the opportunity to walk over the sandstone cliffs and look down to the waters below.

Speaking at the time of its opening in October, Operations Manager Hudson Fox said it was the first time there had been a bridge across the Gorge and he hoped it made it easier for people to experience its natural beauty. 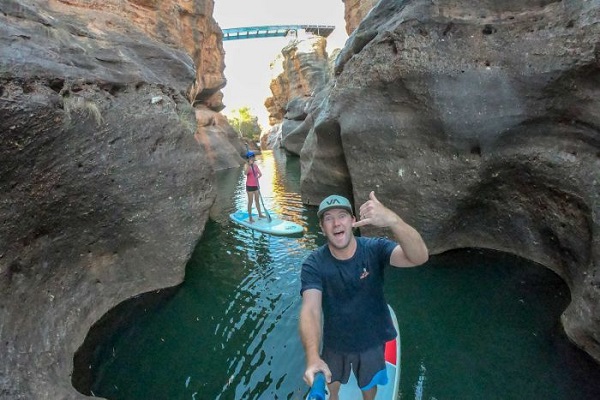 The Gorge, which is on private land, is about 900 metres long and in some places is only 2 metres wide.

Fox advised “both of the sides of the escarpments have now been bridged by this amazing bridge and it gives you just a whole new focal point for the area.

"You can stand on the bridge right above the gorge."

Fox said there were many logistical challenges with the project, but it only took three days to install the bridge, comenting “with where it is and how remote it is you couldn't really get cranes or anything like that in.

"We actually had to have a heavy-lift helicopter with a maximum load of 1.5 tonnes to lift in beams. They were 1.45t approximately each beam … the ones that actually are the main support structure for the bridge.”

The bridge compliments the existing experiences run by Cobbold Gorge Tours, which include boat tours, stand up paddle boarding tours through the gorge and scenic helicopter flights.

Tourism and Events Queensland's Matt Bron said the Cobbold Gorge team have been leading the way in outback tourism, noting "innovation and new experiences are key to remaining relevant in the travel industry and in the tourism landscape. 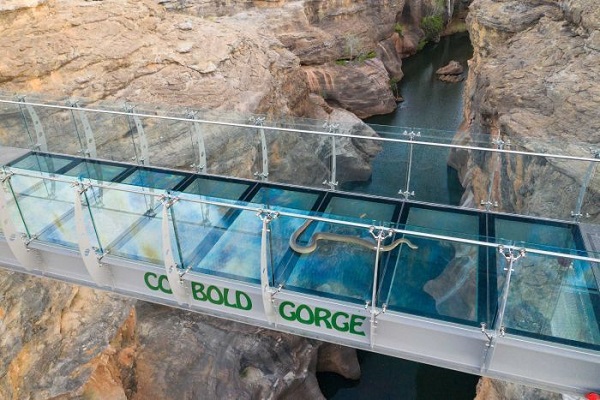 Bron said over time the attraction would help increase tourist numbers in the region, advising “it's a massive 'wow' factor.

"They've done a lot of work out there at Cobbold Gorge over the years including the first outback swim-up pool bar and their big infinity-edge pool.

"To come along and see such world-class facilities and to be able to be involved in them; word-of-mouth spreads, Instagram and pictures spread, and it will certainly be of help to get people into the North."

Bron said private enterprise and investment in tourism was vital for the future, going on to say “councils and governments can only do so much.

"We need to back … our private tourism operators so that they do start to dream a bit and expand their programs and their experiences.

"They're the ones who ultimately deliver the outcome to the person travelling."

2020 will also see the opening of the Hughenden Recreational Lake.

On completion, the $6 million lake project will span 22 hectares, and be equipped for canoeing, swimming, a 500 metre rowing course, sailing, water-skiing and slalom circuits. Boat ramp access will also be available.

A separate sheltered sandy beach and a recreational zone including park shelters, BBQs, a viewing deck, pathways and parklands and a childrens play area will complete the impressive new recreational area.

Meanwhile, in Longreach the Qantas Founders Museum is set for a bright 2020 with the construction of a new sound and light experience called ‘Luminescent Longreach’.

Images: The glass bridge at Cobbold Gorge is expected entice visitors to outback Queensland (top), it is hoped the glass bridge will become a bucket-list attraction (middle) and humans are not the only users of the bridge (below), Images courtesy of Tourism and Events Queensland).